Jim Sterling sure made a big deal about shitting on GamerGate the other day. We talked about his meltdown on the awesome LIVE show we had on Friday, but the gist of it was that GamerGate is poison, and Leigh Alexander is a fine, ethical writer. This has removed any doubts about Jim’s neutrality, although I had already given up considering him neutral a long time ago. I took a lot of heat for calling Jim out, but it seems like I was ahead of the curve.

I was also ahead of the news that came out earlier this evening. As it turns out, Jimmyboy’s past is far from clean. He has a lot of nasty tweets, filled will some of the most degrading language towards women imaginable. He’s a fine one to talk about sexism and respecting a woman. By now I am sure you’ve noticed, but this is a recurring theme with the other side. They say one thing, but act in a completely opposite manner.

Even Leigh Alexander would probably be shocked by these comments. Well, ok, probably not. But, I could see someone arguing that Sterling’s rantings are actually worse. Maybe this is why he was defending Leigh so hard the other day? He knew his rancid comments were going to come out, and that he’d need the SJW Mafia to fight off their impact. 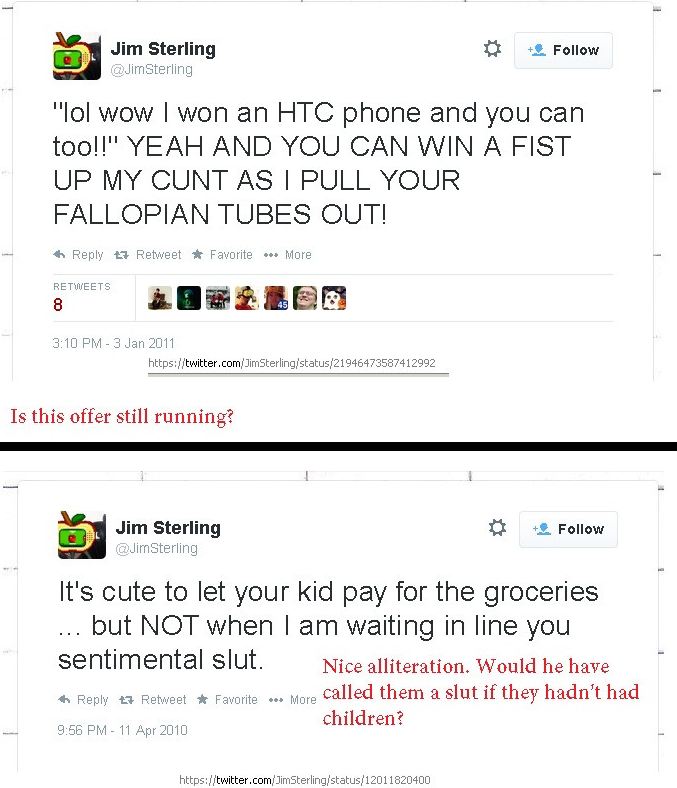 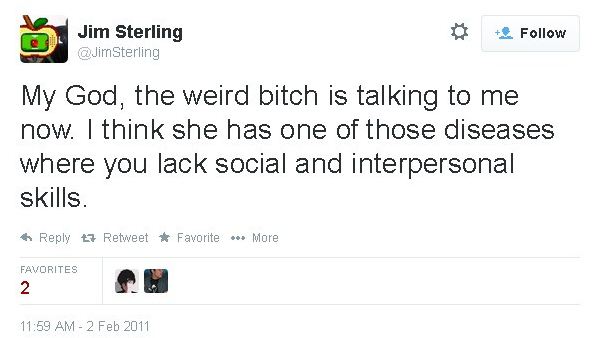 Sterling even belittled Nelson Mandela, for fuck’s sake. What kind of man is this?: 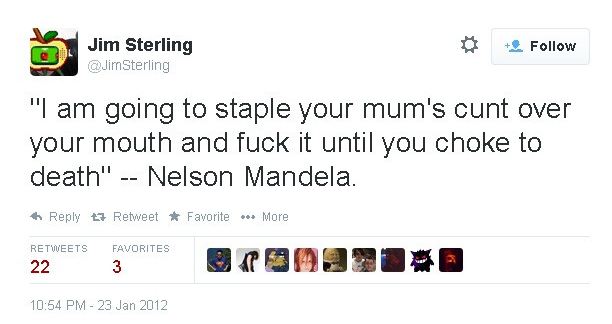 Or, we can look back at the time Jim lamented about not being able to use the word retard anymore. Personally, I don’t care about that much either, but I didn’t go into defenses that contrasted it with the n-word: 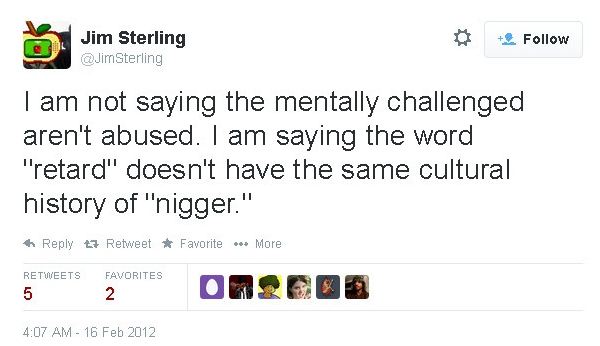 What about the night he quoted Nintendo’s Reggie Fils-Aimé as telling a small child that he was going to “piss up your mom’s cunt.” Maybe I am missing the fine humor here, or maybe Jim Sterling is just one bizarre, hypocritical, SOB. 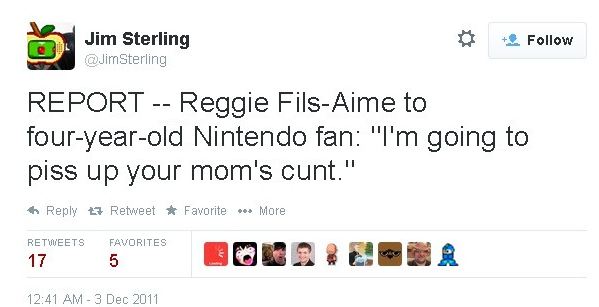 And finally, we have Mr. Sterling doing exactly what he accuses GamerGate of doing (the term is projection). He tells off some feminist by calling her a “femanazi.” But, he also goes a step further and calls her a slut. So, Jim Sterling is using sexual slander to demean a woman, and no one on the other side says a damn thing? Oh, that’s right. He’s already paid up with the SJW Mafia, so he gets a pass. 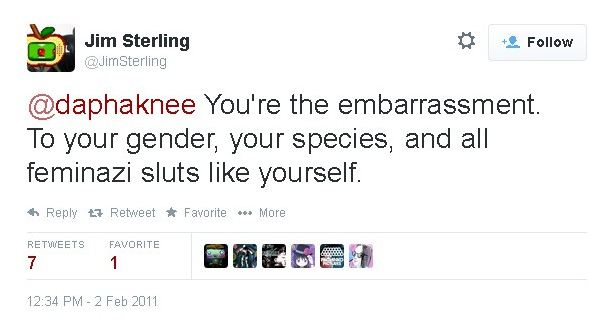 That’s how it works, folks. All we can do, is keep calling these bastards out. It’s starting to have an effect, as you can see with the recent Intel decision. But, it won’t be overnight. This is a long campaign, and we won’t be home by Christmas. Thankfully, they’re gonna keep making mistakes like this in the future. They can’t help themselves. We just have to be there to expose them when they do.

UPDATE: More from Jimmyboy this morning…

UPDATE 2: Here’s another golden Tweet that I left out last night. Kingofpol was discussing it today on his show. 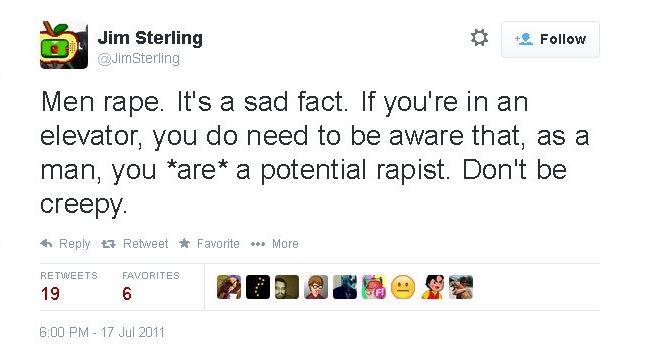