I don’t have the cleanest record when it comes to criminality. But at least I never killed anyone. To be honest, I did’t have much knowledge of “The Skeptic Feminist,” which is the moniker of Aleksandr Kolpakov. Mr. Kolpakov hosted a debate between Carl “Sargon of Akkad” Benjamin and Kristi Winters, which I think is the only time I’ve ever seen him in my life…before today, that is.

Apparently, from what I can gather, Aleksandr has some kind of polyandrous relationship going on with two females. One goes by the name of Homicidal Harley and the other goes by Ivy. Apparently, he shot and killed the Ivy portion of the female duo, at least according to police. She’s named as Heather Anable in The Denver Post and worked as a “massage therapist.”

Who could have seen this setup going off the rails. Looks perfectly normal to me. pic.twitter.com/3xHIwJrXxL

It’s important to note that Mr. Kolpakov is entitled to the presumption of innocence. But it’s not looking good.

Aleksandr Kolpakov, of Clifton, is being held at the county’s jail on suspicion of second-degree murder.

The shooting happened about 9:30 p.m. on the 3200 block of 1/2 Lombardy Lane where deputies, called out on reports of several gunshots, found the woman dead outside of a home. Kolpakov was taken into custody…

Mesa County’s coroner has identified the 31-year-old woman shot dead in Clifton Saturday night. Aleksandr Kolpakov is being held on a murder charge in connection with the case.

Heather Anable died of gunshot wounds to her neck and chest, authorities say. Her death has been ruled a homicide.

Is this just the latest case of male feminists going off the rails? It appears to be, at least to this set of eyes. Perhaps Kolpakov was not content with merely sexually assaulting women, like many of his male feminist “allies,” so he decided to go ahead and level up by killing one. I’m sure it will all come out in the ensuing court case. Judging by the details we’ve seen so far, this guy might be better off copping a plea. Unless of course this woman assaulted him in some then, but then again, he’s a feminist. I’m sure he will just listen and believe himself all the way to state prison.

UPDATE: Mr. Kolpakov was recently teaching local youths about becoming “Bullyproof.” Then again, I suppose a 9 millimeter does help one become immune to bullying. 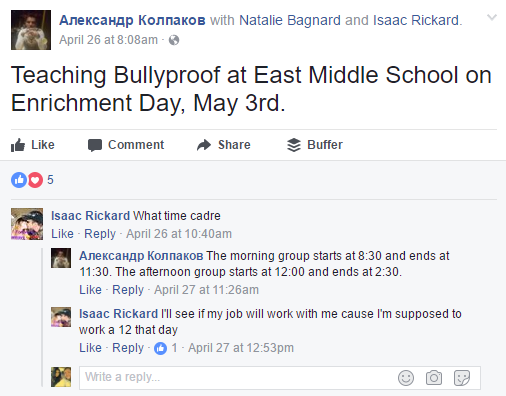 He also mentioned a possible “extermination” by Russian President Vladimir Putin. Kolpakov seems to have had extermination on the brain recently, if reports from police are to be believed. 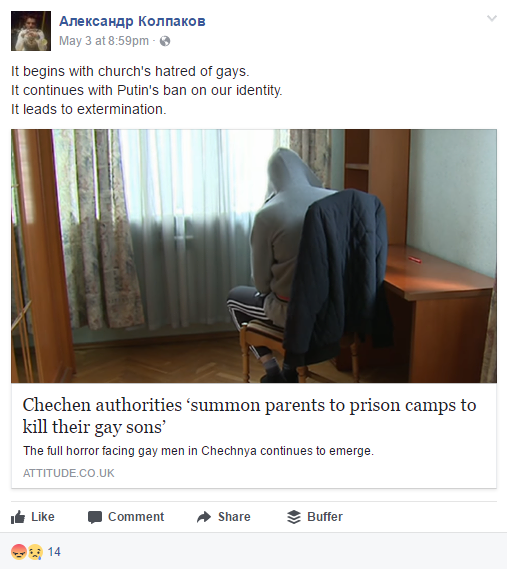