My Thoughts on Jennie Bharaj

I know Jennie Bharaj has come under attack recently. Some of them are valid, some perhaps a little less so. Now, I take below the belt shots myself all the time, so who am I to criticize? I’m just saying, I found some of these type of attacks on Jennie to be slightly distasteful. I’m not close friends with her at all, and would definitely consider myself closer friends with the ones who wrote the piece. Still, I want to share my thoughts on the matter, since it’s weighing heavily on my mind.

First off, BasedGamer.com is not likely to reach its fundraising goals, even with the extended time given. So what is the point in going nuclear on someone when what you’re worried about happening isn’t even going to happen? That was my view, and still is. I guess some people got worried when she extended the deadline, but she still wasn’t going to get it. That might pain her to read, and I’m sorry if it does. But it was the truth of the matter.

As for her past videos and stuff, I didn’t watch them all. They just looked like someone who was trying to make it with a persona, no different that millions of others. Also, I don’t feel like she was being disingenuous with a petition to put a female character in GTA 6. In fact, I don’t see anything wrong with that at all. It’s not a top priority of mine, but there’s nothing wrong with trying to take action to affect change that you would like to see. That’s much different that Kotaku mandating that there be one, or Polygon saying it from on high. She’s a consumer.

This is a short post, mostly to just say that no, I don’t think Jennie Bharaj is our “Our Own Anita Sarkeesian,” as the piece calls her. She was a guest on my show back in the early days, so I have a soft spot for her. She also had the killer segment on Huffington Post Live, which everyone saw.  But the other reasons I like her, is because I find her to be funny, nice, and honest. She’s made some mistakes with this roll-out, (asking for too much money possibly, not enough community outreach beforehand, too few details, etc) I won’t deny that. But I still think her heart was in the right place. So, I wish her well in her future endeavors, and I think everyone else should as well. Also, there’s still 2 weeks or so left. I suppose a post-Christmas miracle is possible. 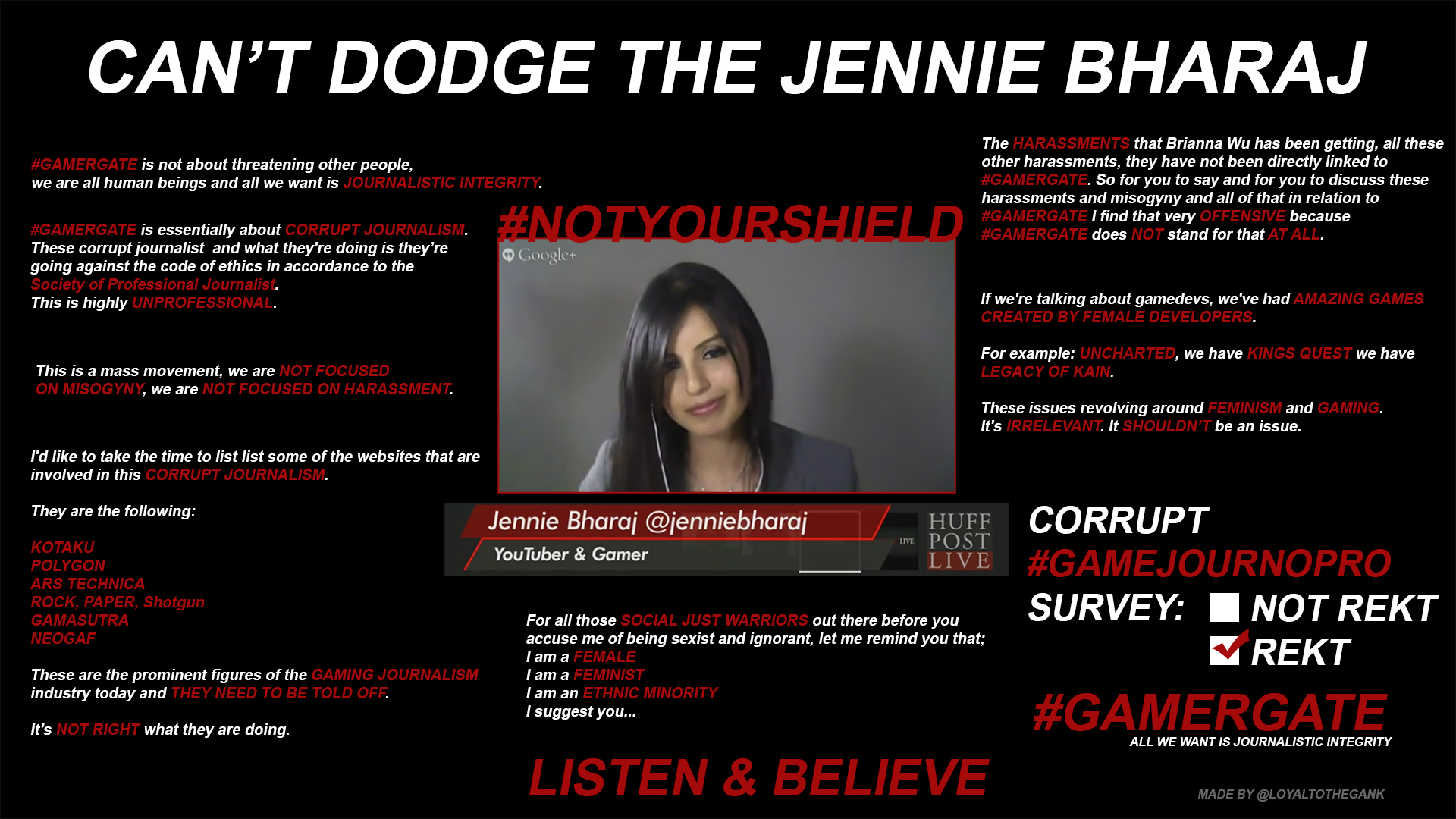