I promised you a Leigh Alexander main event earlier today, and I aim to deliver. The comments from Russ Pitts deserved to be examined on their own, just like these do. The Leigh portion of this story won’t exactly shock you. We’ve heard similar things from SJW journos before. This is just more confirmation that they don’t give one single shit about their readers. I love my comments, even when I’m getting ripped in them. It doesn’t happen too often, since most of you guys like how I do things. But it definitely has occurred numerous times. It doesn’t feel good, but I feel it’s necessary in order to get better and improve my craft.

Closed-minded individuals like Leigh Alexander see no benefit to this practice, however. Shall we hear it straight from the horse’s mouth? I guess fingers would be more precise, but it’s a figure of speech. Anyway, here’s Ms. Alexander’s comments on…comments (they’re talking Polygon’s comment section being shit): 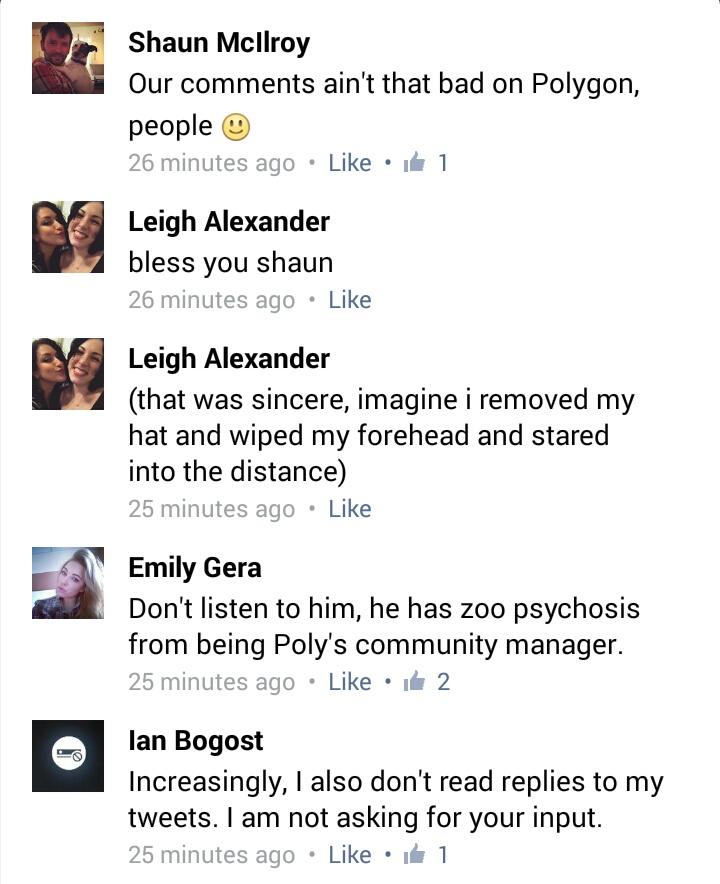 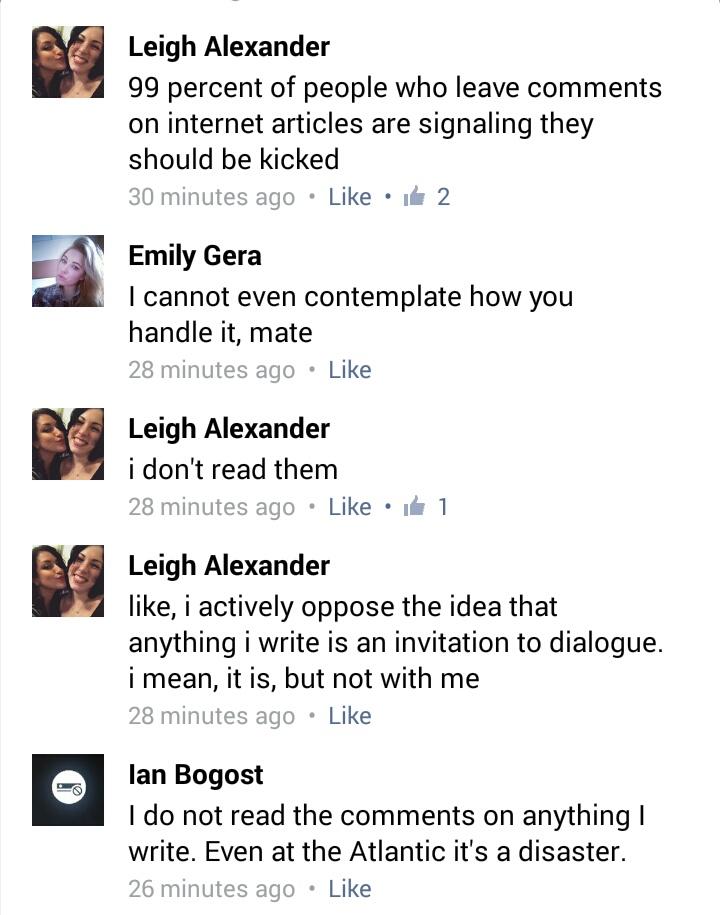 Rarely do you see such honesty from the chattering class. Here you have them straight up admitting that they have utter disdain for any peons dumb enough to read their bile. How can “professionals” be so stupid? Even if you thought that, wouldn’t you keep it to yourself? It’s ignorance personified. It also cuts straight to the heart of everything we’ve been talking about this last half-year. Corrupt journos infected with pernicious SJW values have completely lost their connection to the audience. They feel nothing but contempt for their own audience.

Here’s the guy at the end, Ian Bogost. He works for The Atlantic. These SJWs video game critics have taken top posts at many mainstream outlets. Real gamers don’t give them a second thought, but they speak the same language as the editors at the old media outlets, so they usually get the job: 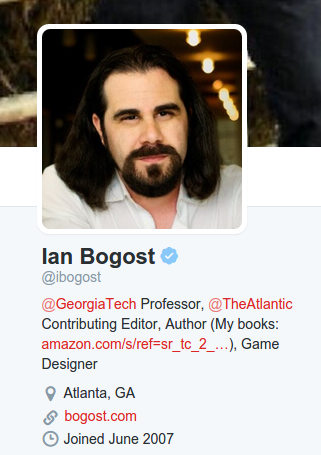 Leigh Alexander never wanted to be a journalist. She wanted to be a famous talking head. Depending on the day, she will admit that herself. People like her don’t care about their readership. In many cases, they sought their positions just so they would no longer have to interact with the common folk. This isn’t the type of setup that should be supported by the public at large. As you may have noticed over the last decade or so, increasingly, journalists and critics are held in utter contempt by American people (I can’t speak for internationally). Attitudes like the one on display tonight is the reason why. Respect the reader, or they won’t respect you.