For once, I wasn’t just wasting time all day instead of writing. I have a few stories lined up for tonight, so let’s get number one going. Also, look for some big stuff early next week, if everything pans out, that is. But first we have to talk about Maya Kramer and the attack she launched against Mark Kern a couple days ago.

As you know, one of the tactics of the other side is to somehow paint GamerGate as perverse. They’ve falsely tried to link us to child porn, nearly getting their own dumbasses arrested in the process. They’re obsessed with this shit. Keep in mind, these are the same people who shelter a fucking pedophile and alleged dog-fucker in Sarah Nyberg. But you know their tactic? They just ignore shit and pretend like it doesn’t exist! This is despite the voluminous amount of evidence out there that shows what a sicko Nyberg is. Reality has too big of a GamerGate bias, I suppose.

Here’s the Kramer tweets, by the way: 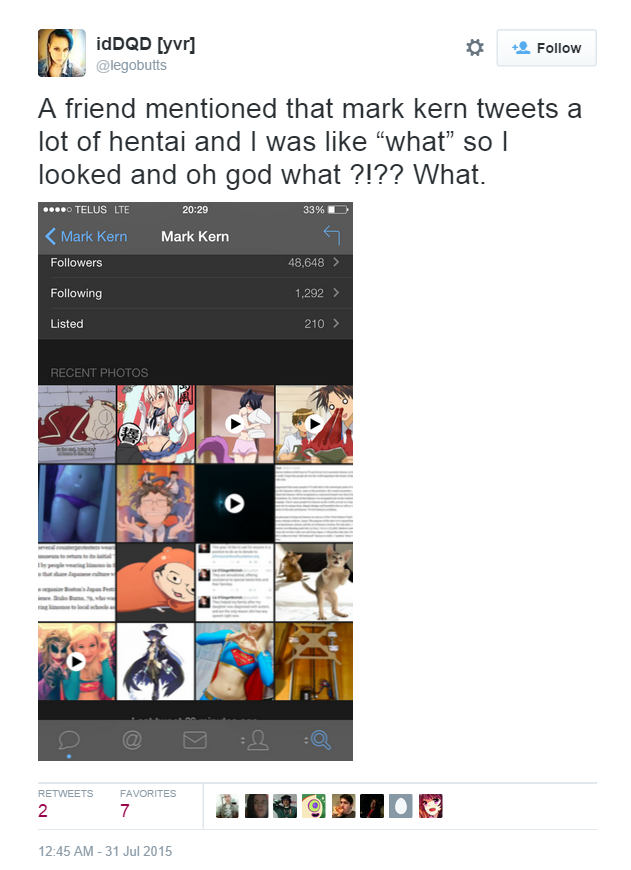 “So so so gross.” Well, I don’t think I could describe Kramer better if I tried. All this did remind me about a pretty funny tweet I remember seeing about her, though. It shows the dangers of becoming a social justice warrior:

I’ll be back in a couple hours with another hit. I couldn’t let this one slide, especially considering how they prop-up a fucking pedo and dog-fucker, but somehow anime titties make you gross? He doesn’t even tweet the hard stuff. So get the fuck out, Maya. Go work on scoring some more product instead.