I’m about to sit down to delicious homemade ziti. But before I do, I had to recap a few things concerning the Hugo Awards. If you’re like me, you don’t know much about them. No disrespect at all to science fiction or the awards, but they’re just not my forte. I have talked to Vox Day on Twitter a few times and read some of his blog work. But I wasn’t all that familiar with the Sad Puppies slate or his own Rabid Puppies slate.

We mostly focus on GamerGate around here, with an occasional sojourn into anti-radical feminism in general. I’ve seen some people talking about this stuff, but there’s no evidence that anyone who claims to be apart of our cause did more than raise awareness. So imagine my surprise when I was informed by Brianna Wu earlier this evening that GamerGate had helped “rig” the Hugos.

How so? It costs $40 to vote according to what I’ve read. If you were moved enough to pay the money then you should be able to vote however you want. What’s so complicated about this principle? It was just fine for their clique, which has allegedly been promoting and blackballing behind the scenes for many years now. John Scalzi has had “pimpage” sections on his site in the past, for example. I don’t see a real difference.

Here’s more from the SJW meltdown on Twitter. It’s a beautiful fucking site, let me tell you. Also, check out these Breitbart pieces, as they go into much more detail about all this than I do: 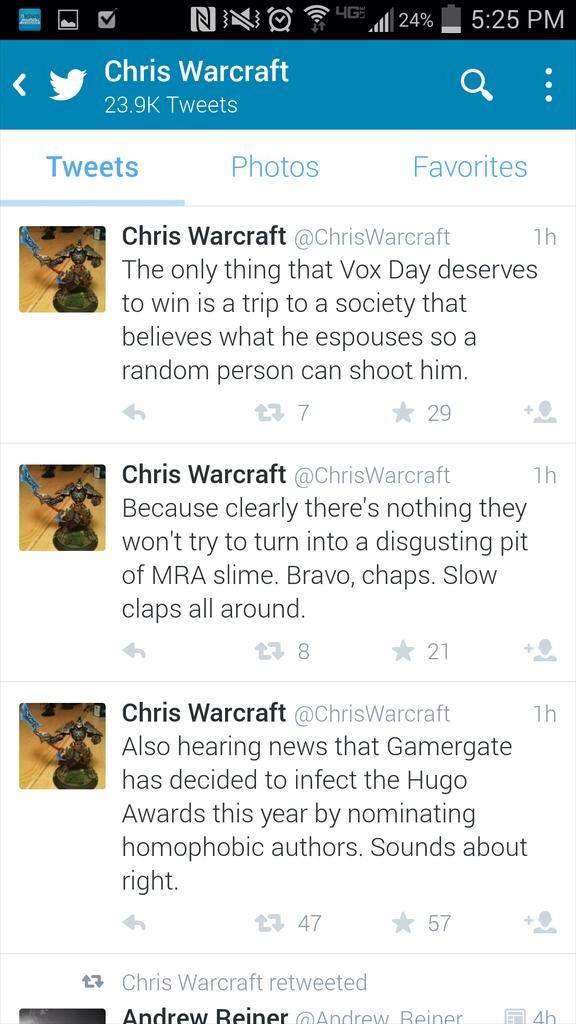 This is such a shitshow. W O W #HugoAwards 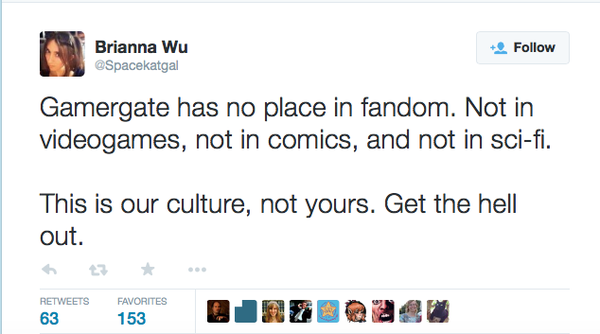 That’s only a small sample. I’ll likely be updating this post with more later tonight. Also, here’s a commentary from io9 lamenting the fact that the Hugos are now political…while also admitting that they always were. It sounds like someone is mad that they’re getting their ass whipped with their own tactics now.

I’m very pleased that science fiction readers so strongly supported the Sad Puppies recommendations. It’s fantastic to see John C. Wright, one of the true grandmasters of science fiction, finally receiving some long-overdue recognition. It’s a real privilege to publish him and we’re delighted to learn that his six Hugo nominations this year set a new record. The connection between Sad Puppies and #GamerGate is that both groups are striking back against the left-wing control freaks who have subjected science fiction to ideological control for two decades and are now attempting to do the same thing in the game industry. #GamerGate has shown people in science fiction, in fantasy, in comics, and even in journalism that you don’t have to hide what you truly think anymore because SJWs are going to attack you and try to drive you out of a job. You can read, write, develop, and play what you want without fear of their disapproval.

We’re fast becoming a model for others. Even though Sad Puppies existed before GamerGate, and we didn’t really have anything to do with it beyond a few members spreading the word, our actions help embolden all opponents of SJWs. We aren’t the first to organize against them but we are the most successful in recent memory. So keep pushing. Our influence is growing and the salt keeps flowing.

Seeing all this salt flow in makes me wish I did have a hand in #SadPuppies. Sorry to disappoint, SJWs, this was all sci-fi. #GamerGate