Welcome to another week of shitposting here on TheRalphRetort.com. I spent most of yesterday watching wrestling, which doesn’t lend itself to productivity. Thankfully, my readers send me interesting stuff all the time. Last night was one of those times.

Long time reader here. I know this isn’t your normal kind of story, but I think you might be interested in doing something with it as it involves a Marine and there’s a solid chance several other veterans might have been scammed by him and it’s important to get the word out.

Michael A. Kocher is a veteran marine. A year ago he posted on this gofundme here that he had been diagnosed with cancer and given 18 months to live:

He’s also posted about it on a site called beach grit along with his experiences being a marine:

Today it’s turned out it’s all been a lie. Since he has been charged with drug dealing and distribution, he’s now come clean about his main scam on Facebook.

So, I guess would be one of those scam alert kind of posts. Well, it would be, except this guy is going to jail for a very long time, according to his Facebook. Of course, this is the same guy that has been telling extremely hurtful lies, so maybe we should wait and see just to be sure. 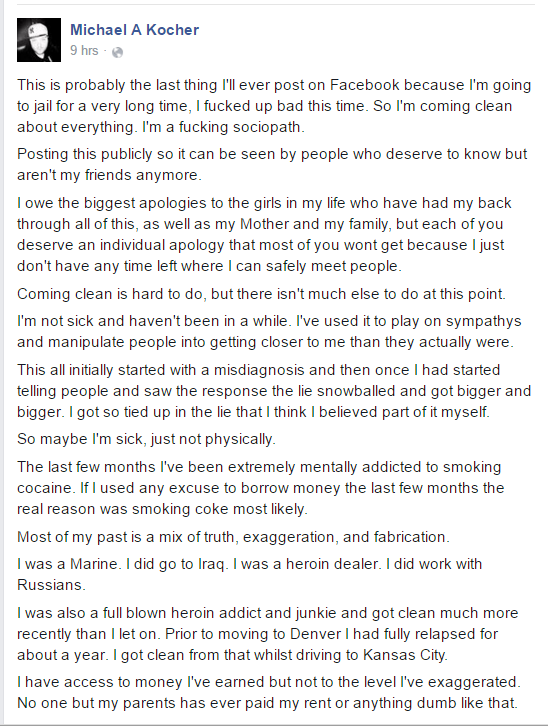 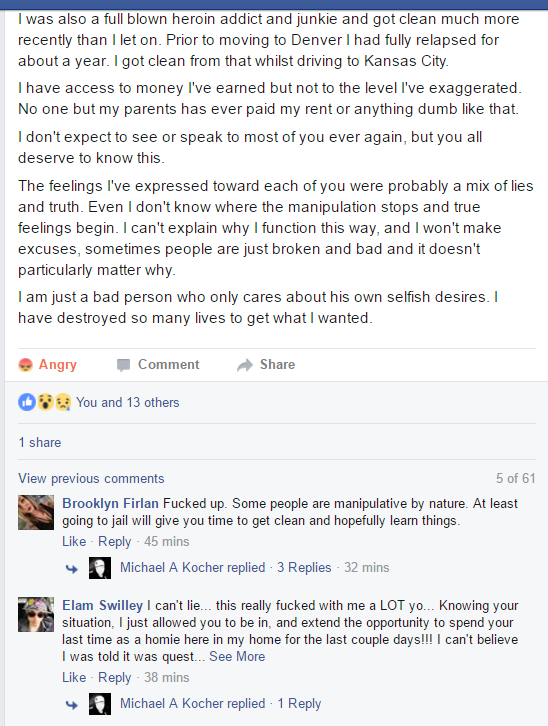 I don’t have much sympathy for a guy like this and I feel safe in saying that most of you likely feel the same. For one, he hurt his friends, family, and pretty much everyone else around him. But not only that, he also hurt the people who have real illnesses that need help in order to get by. This scumbag didn’t need help, he just wanted more heroin. I don’t care if you use drugs at all, but when you have to steal people’s money in order to do it, that’s when I take issue with your actions. 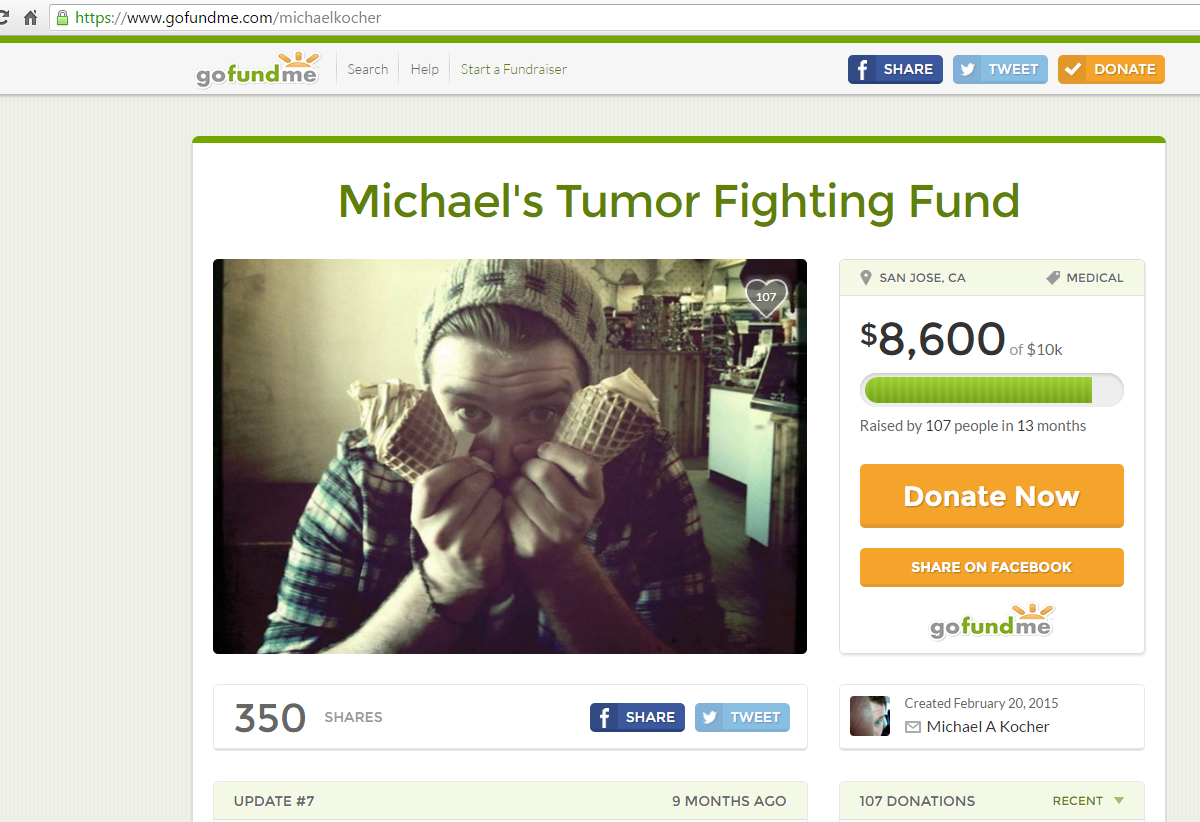 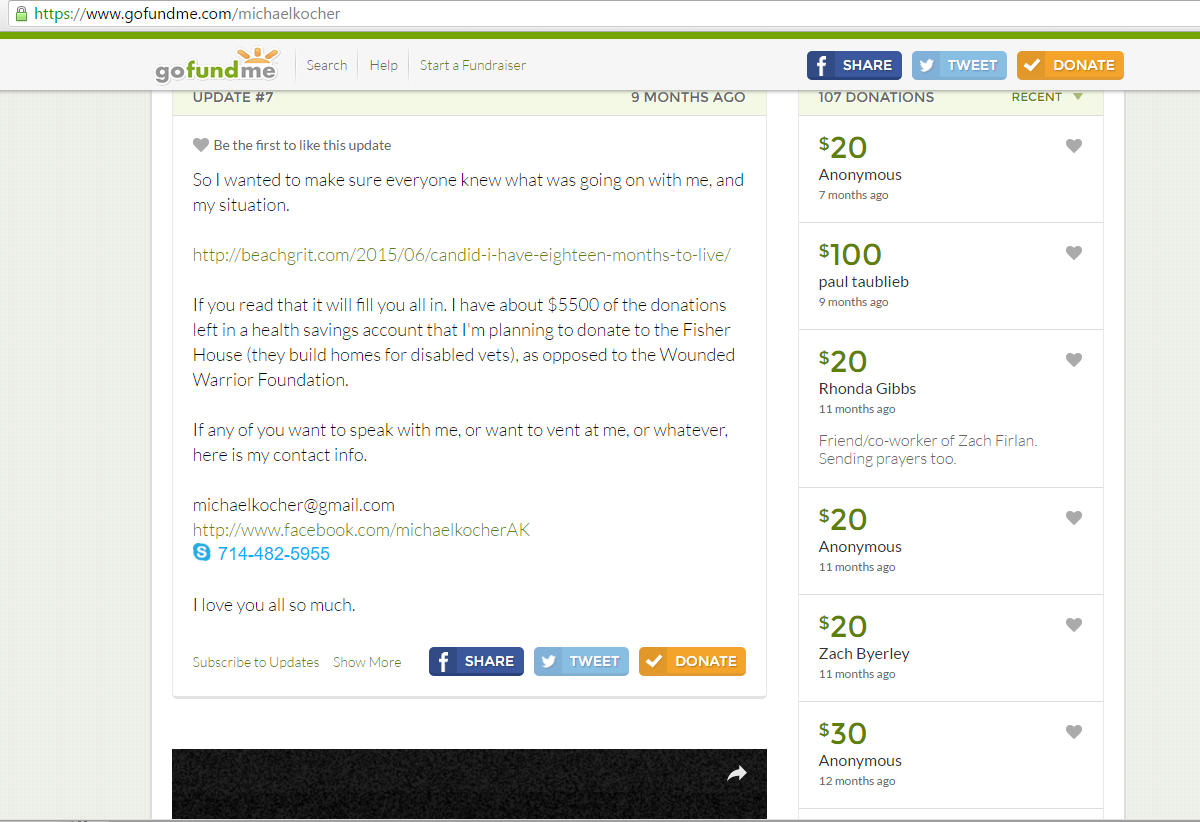 I will give him some kind of credit for coming clean, but only a small amount. As some of his Facebook friends said, it’s hard to take anything this guy says seriously anymore. It might be the beginnings of another scam.

As we’ve seen recently, you should be very careful when donating to these kinds of projects. This is yet another example.