Earlier this AM, I was watching a replay of the Survivor Series from this past Sunday, and missed out on a few hours of Twitter activity. Lately, it’s rare that I miss much time there, outside of sleep. I never thought I would become a Twitter fiend, but GamerGate has turned me into one…at least until the SJWs manage to get me kicked off somehow. Anyway, time away from the place is rare, nowadays.

When I returned to the Twitterverse hours later, I heard a story about Blocklist Blockhead Randi Harper bullying one of her own SJW allies. I wasn’t shocked, to be honest. Disputes happen, and people close their accounts. I was willing to give even this censorship-loving nutjob the benefit of the doubt.That was until I saw the screenshots. They don’t paint a pretty picture about the nature of anti-GamerGate, or of Randi’s state of mind. She appears to be a psychotic bully, with no sense of shame or remorse.

Perhaps she came across some of these traits while working for racist and sexist employers. That would make a lot of sense, actually (side note: it’s fucking hilarious that she works for racists and sexists, let’s face it). Either way, what she did early this morning was a disgrace, and a decent person would be ashamed of themselves. 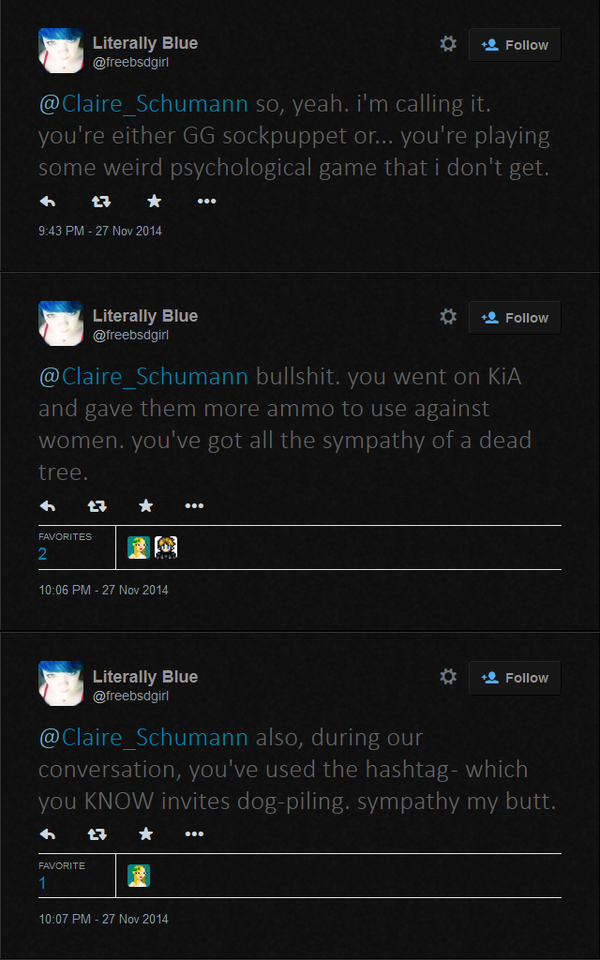 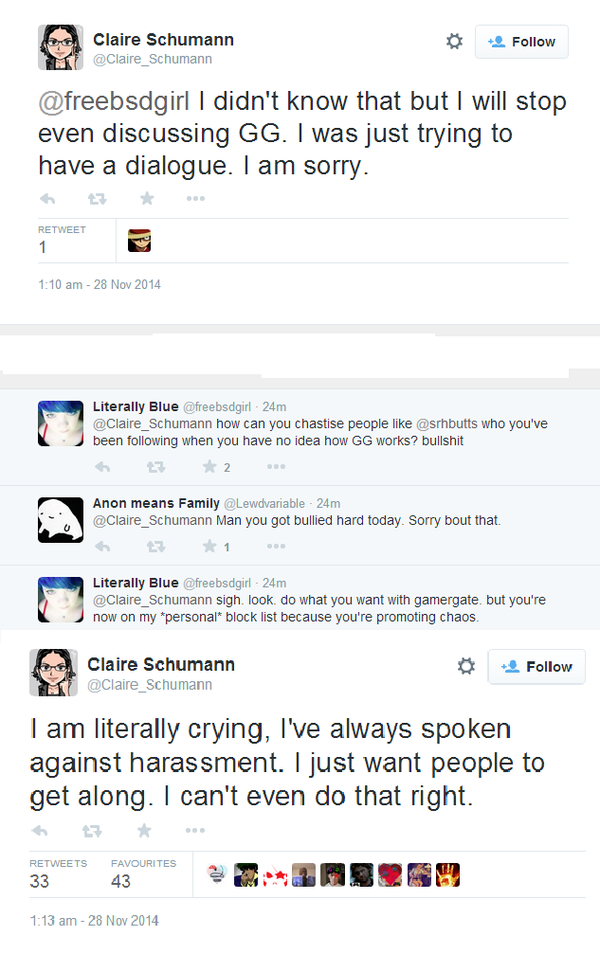 They spent a good deal of time trying to say that she was a fake, or had somehow just created her account. Even Brianna Wu was appalled by the conduct of Randi and her thugs. 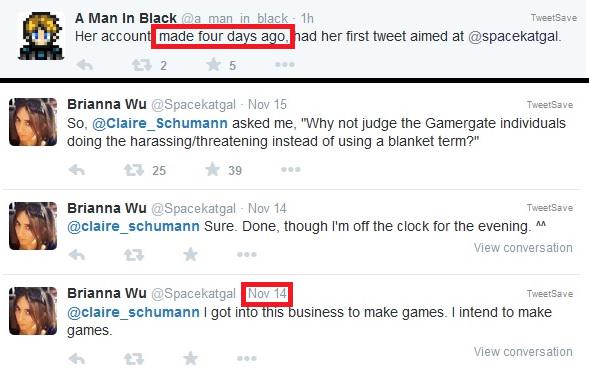 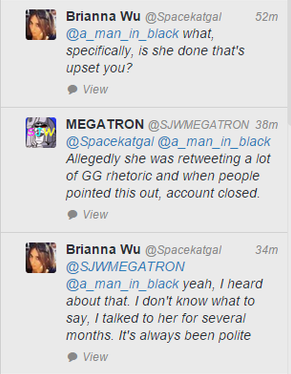 But these vermin have no shame. So, they continued the assault until the poor woman was reduced to tears, and driven off Twitter. I’ve rarely seen such blatant acts of harassment and abuse on the network. How these people think they have a right to criticize anyone after this, much less GamerGate, is beyond me. They are some of the worst harassers that I’ve yet seen in all my time on the web. They had no remorse about it either, and didn’t even care to fake it. It’s because they think they’re above the rules.

Until now, they have been. Twitter has done nothing to show us they are serious about the SJW harassment of GamerGate supporters. Now, they’re bullying their own people off the service entirely. They have no loyalty, no dignity, and no morality. Their ethical code is either non-existent, or so malleable that it might as well be. They don’t properly understand the concept of civic discourse, and they prove it daily. If Twitter wants to show they’re serious about cracking down on harassment, they can start by banning Randi Harper, and some of her troll buddies.

UPDATE: Claire came back to Twitter this morning in order to fight the lies coming from Randi Harper and her clique: 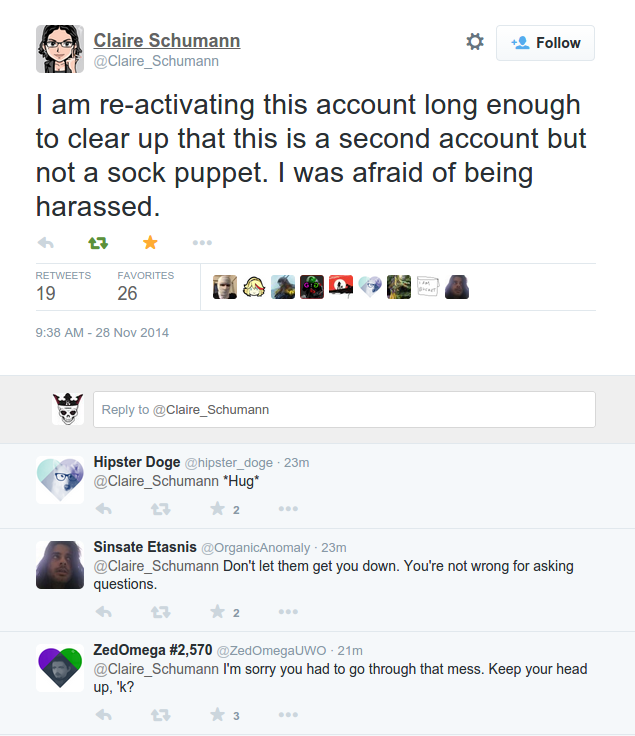