FOLLOW THE MONEY: How Gamasutra and UBM Get Paid

The other day, Reaxxion contributor Jay Sherman had an important piece about UBM. It explains how they are bankrolling a lot of our opposition, such as the odious IGDA. It also explained how and why Intel re-instated their ads on Gamasutra. At the time of the pullout, I thought we had won a major victory. The rest of GamerGate was also euphoric about the move, but it proved short-lived. Why? Well, as some rando explained in a tweet I remembered reading at the time, Intel would simply redirect that ad money into the UBM-owned Game Developer’s Conference, or re-instate the ads later on in another way. I thought it was bullshit when I read it, but it’s always stuck in my mind and proved quite prophetic.

Still, Jay didn’t go into everything he had on Gamasutra and UBM. He gave the rest to your’s truly. So, let’s take a look at how just about everything you can imagine is up for sale when it comes to Gamasutra. Newsletters have ads in them, for example: 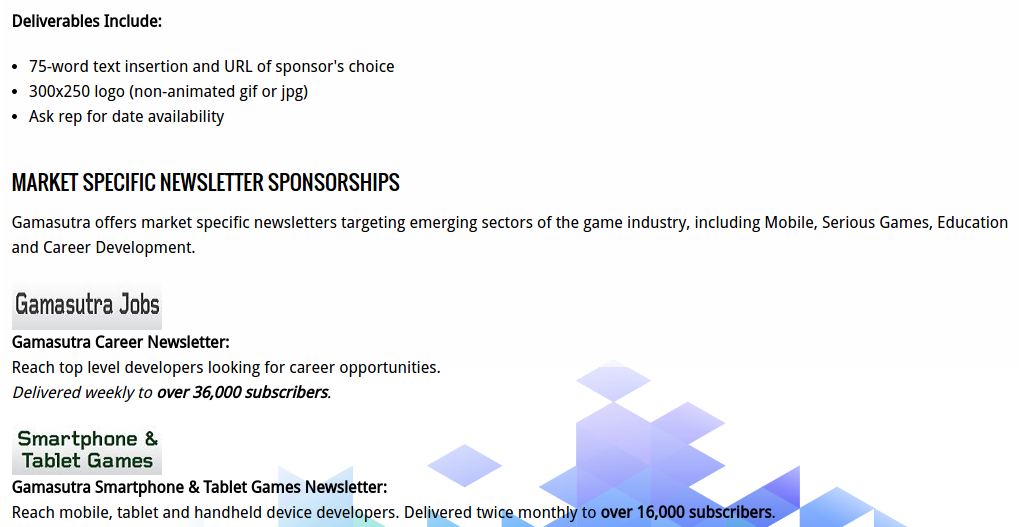 Surveys…don’t forget to offer a prize!

Get your hooks in the students while they’re still young: 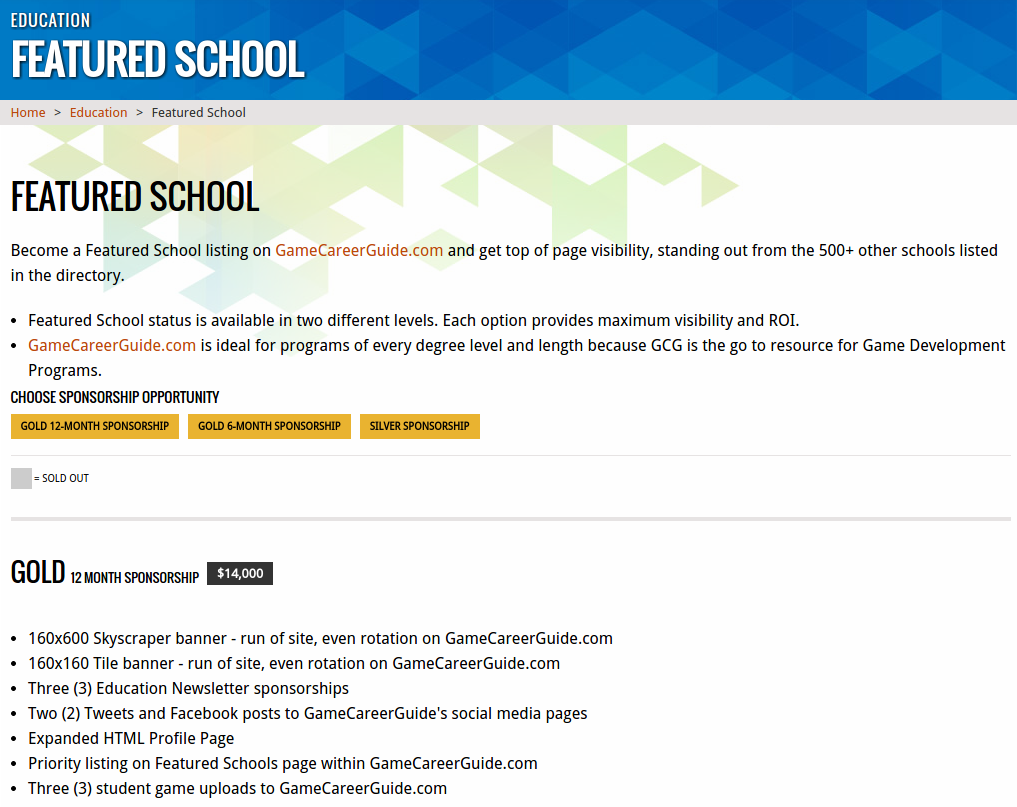 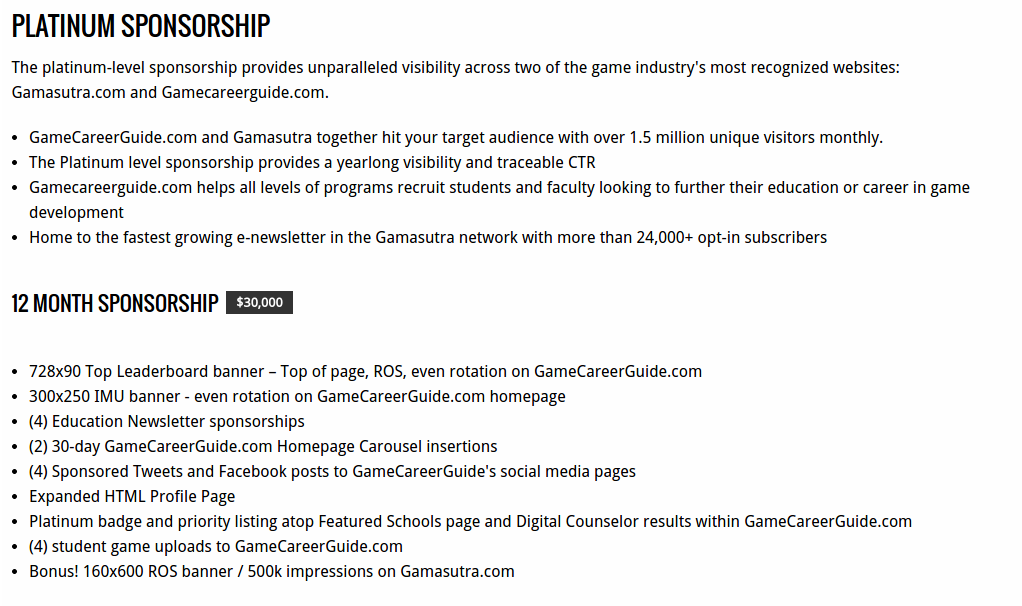 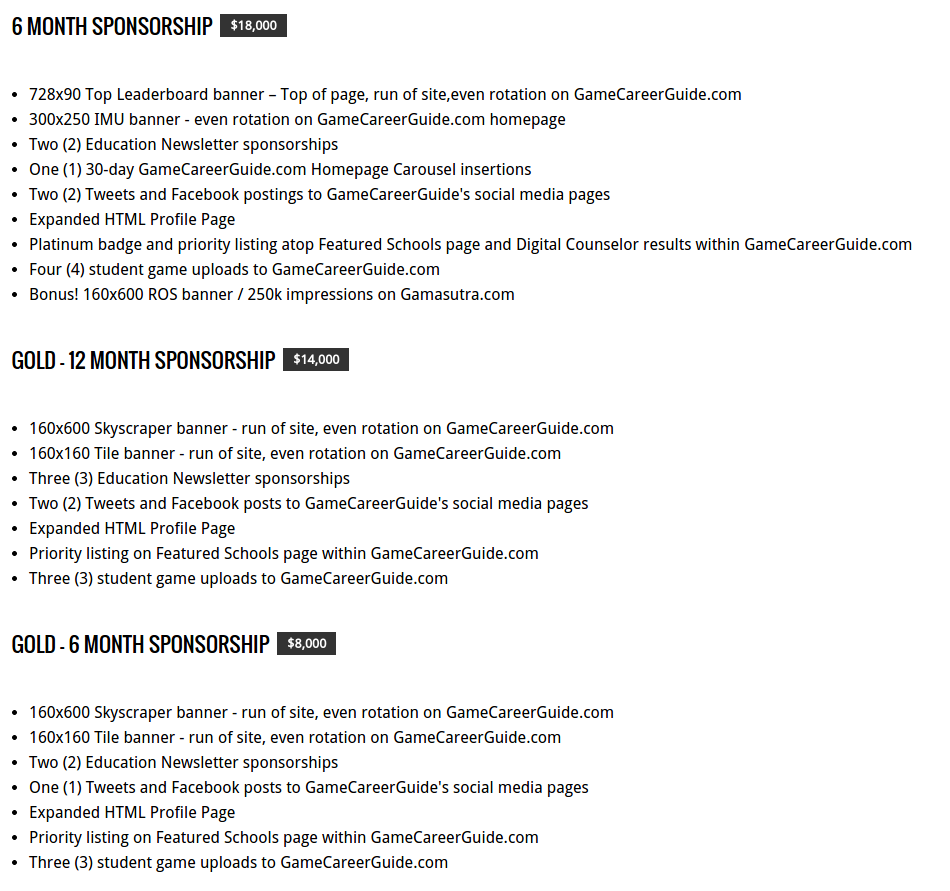 But the whole thing is all really designed around shilling the GDC, as Sherman talked about:

My personal theory as to why Intel and Gamasutra kissed and made up points to the Events section for UBM. Intel didn’t resume advertising with Gamasutra because of PR Newswire, but because of some big investments they made in UBM. Specifically, I’m talking about the big events UBM prides itself for hosting. For example, Intel Security, a subsidary of Intel, spent $62,400 on the 2015 Las Vegas Black Hat convention by UBM.

But as big a figure as $62,400 is, it pales compared to how much money Intel gave UBM during the 2015 Games Developers Conference. Here’s a chart detailing the cash transactions:

While researching this article, I found out that Intel is a Diamond Partner. A Diamond Partner gets special perks and privileges at GDC conferences. The prerequisites for being a Diamond Partner include spending at least $250,000 dollars and being present at two conferences. If you don’t (or can’t) meet the latter requirement, you can instead donate to Gamasutra and participate in one GDC event. I found out through my research that Intel is not exhibiting at the other two GDC events in China and Europe.

The real reason why Intel resumed advertising on Gamasutra was to get preferential treatment at GDC. If they dropped the ads, they wouldn’t have gotten Diamond Partner privileges at the conference. Gamers should know that companies like UBM push social justice warrior ideology up front but make backroom deals that hurt gamers. UBM is raking in the big bucks while allowing its lapdog Gamasutra to insult gamers and mock the very concept of journalism.

He showed me even more. There’s something called the GDC Vault, and it’s a big part of their shilling operation: 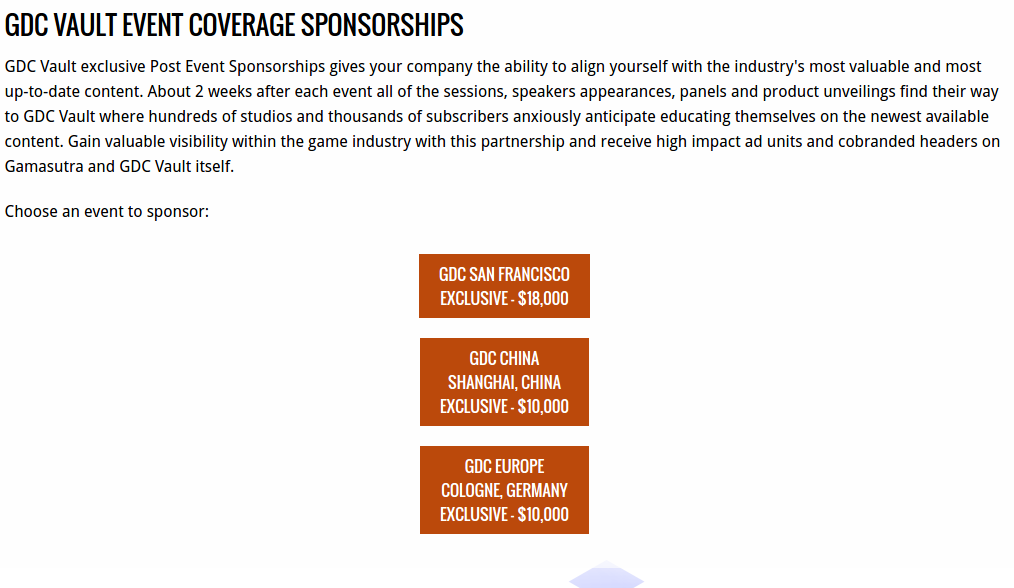 I’ll put the pics of the sponsored content scheme below, and otherwise wrap-up. But as you can see, UBM has all kinds of ingenious ways to get paid. A certain part of me has to respect the hustle, but the other part of me is appalled at just how much is for sale. It all comes back to the GDC of course, where they get together and shit on gamers, apparently. At least that’s what they did this year. Take all this info for what you will, but to me, it shows an outlet willing to make a buck at any cost. Integrity doesn’t seem to come into the equation. I know they have to make money, but this is unseemly, in my opinion.

I’ll be back with some more stories in just a bit, including some info on another SJW harasser on Twitter. I know, I can tell you’re surprised.