My stomach might be doing flips right now (cause I’m sick lol), but it’s nothing compared to Online Abuse Prevention Initiative (OAPI) CEO Randi Harper. She’s been losing her shit all day long, in one epic meltdown after another. Earlier today, a Loot Crate employee (@CandiceLikesYou) asked her to, ya know, maybe practice what she preaches, and try to deescalate things a little bit. Harper’s response? She sicced her SJW hell hounds on this poor woman and had her “dogpiled” all day long. THEN, she said she was cancelling her Lootcrate subscrition altogether, which was a clear call to get Candice fired (in my opinion). Randi is blowing her own anti-abuse shit up on her own, and it’s a beautiful thing to watch.

Here’s the photos and tweets to give you the rundown, in case you’re not sitting on Twitter all day like some of us (here’s a Storify take on it as well): 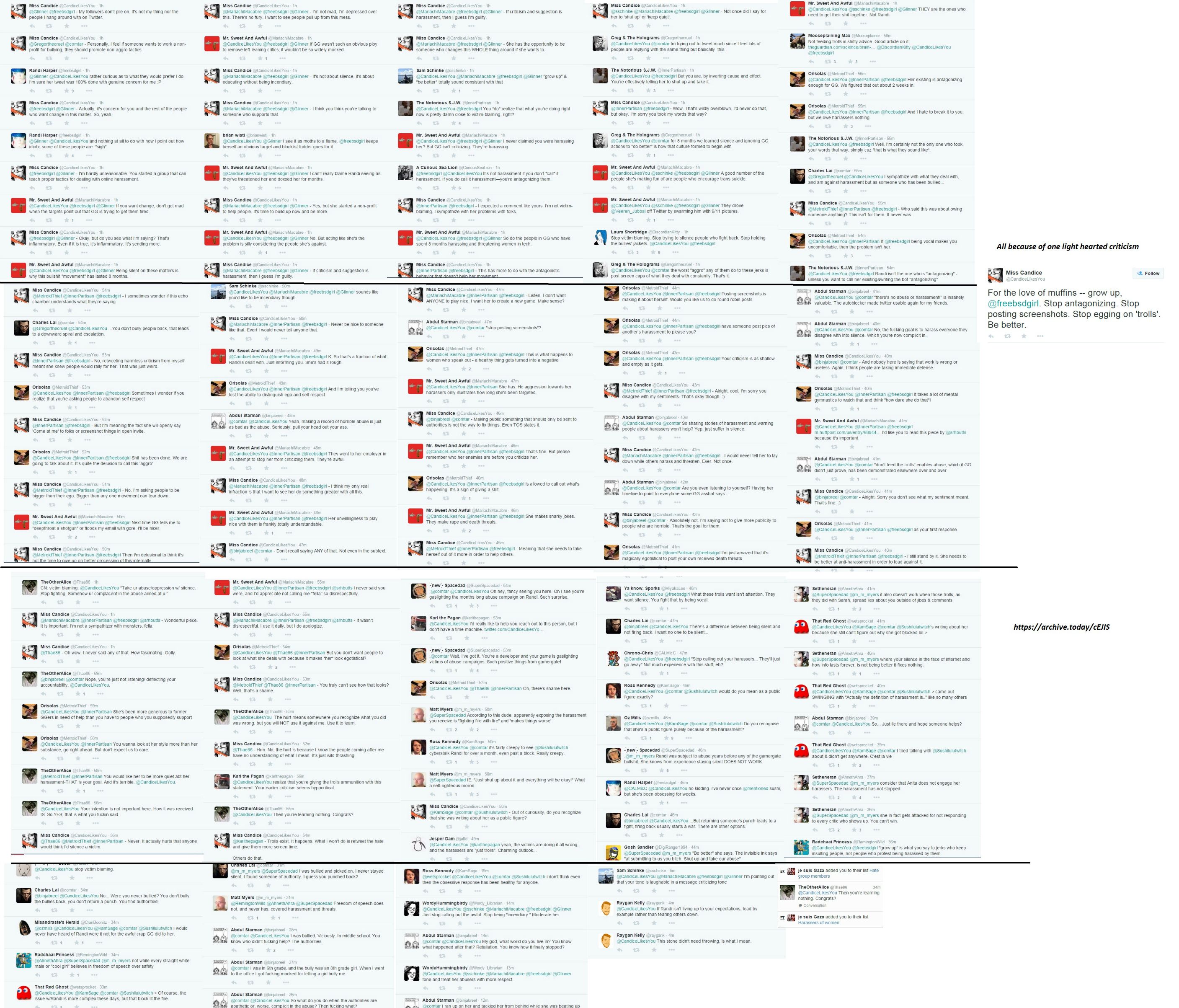 As always, Stephanie (@Sushilulutwitch) is on top of the story. Oh, yea, I forgot to mention…Randi fucking admitted that she was behind the censorship attempt the other day. So we now know it was not an error, as a Twitter employee originally tried to claim:

Part 1 of .@freebsdgirl's pattern is calling someone's name out for all of her followers to see! Check! #Gamergate pic.twitter.com/l5Ooy9q47j

The final part, part 3, is where .@freebsdgirl misquotes the person and makes false statements about them #Gamergate pic.twitter.com/vM6n99lBfx

HAHA, Randi is on what I like to call, full fucking tilt. Here’s some more of her hysterics, this time, she brings in Brianna Wu’s old buddy, Glenn Fleishman: 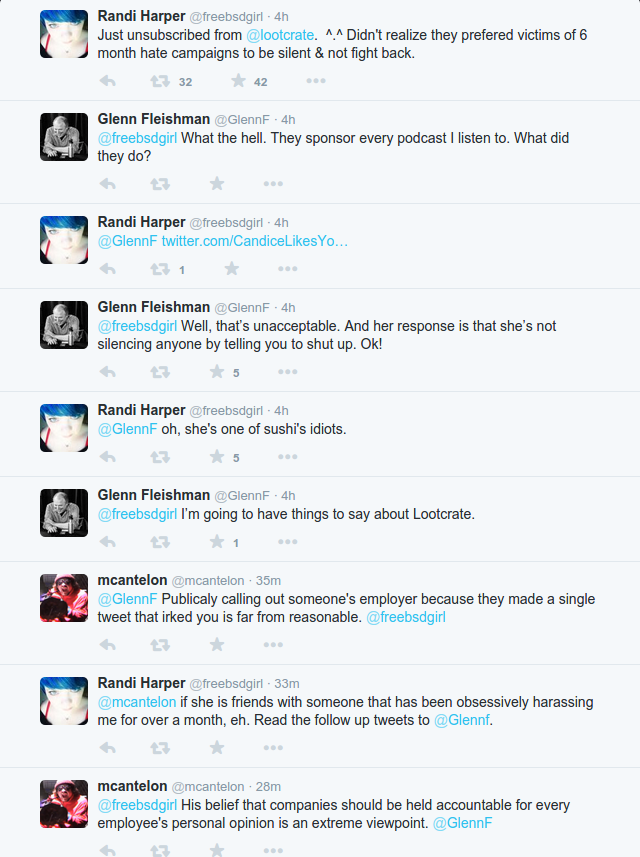 Then she lies about GamerGate, as well as Candice’s involvement in it. Oh, she also goes on to describe how she plans to abuse the Twitter report system: 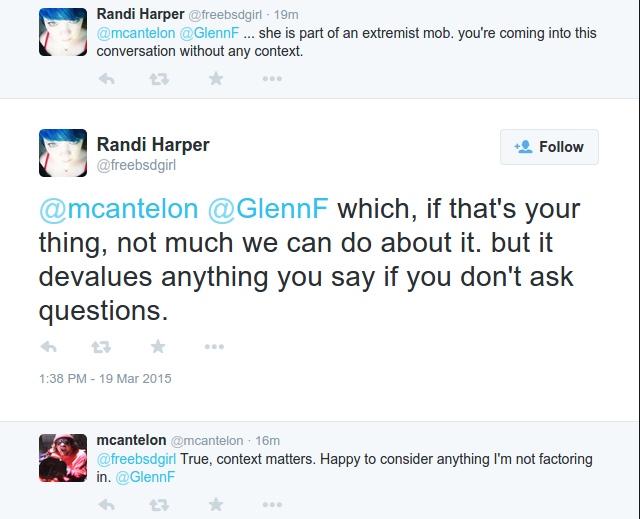 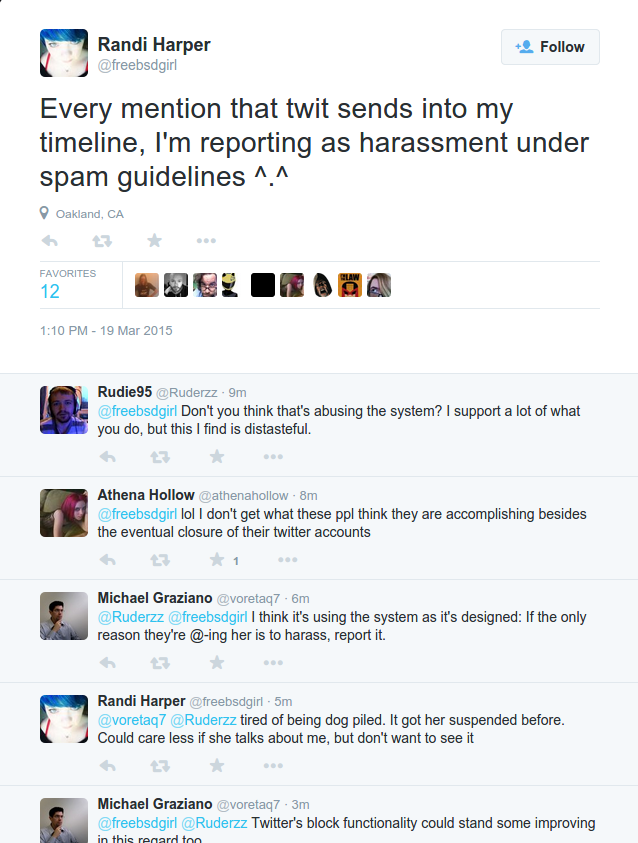 All in all, it was a banner day for the woman who is going to bring an end to Internet harassment, apparently by harassing everyone else into submission. It’s utter madness, and any company that gives her or Zoe Quinn one dime are out of their minds. Big Randi Harper has shown you all you need to see here today…and for the last seven months, for that matter. She’s a bully who’s trying to cash in on the “stop Internet harassment” movement. It’s just that simple. Surely no serious corporation will be dumb enough to give this cretin any support? Right?

UPDATE: Randi decided to up the ante with her abuse and is now targeting Chris von Csefalvay, a man who was just today diagnosed with multiple sclerosis. Don’t get me wrong, she’s targeted him several times before, due to his excellent work showing that the media was lying about GamerGate. But this is especially abhorrent. She has to know that he got diagnosed today, because she was quoting all kinds of shit about him. She has truly descended into pure villainy with her actions tonight.  And she was apparently defending Shanley, at least in part, who is just as big of a scumbag as Randi. This is the woman who is supposed to stop online harassment. Give me a fucking break. 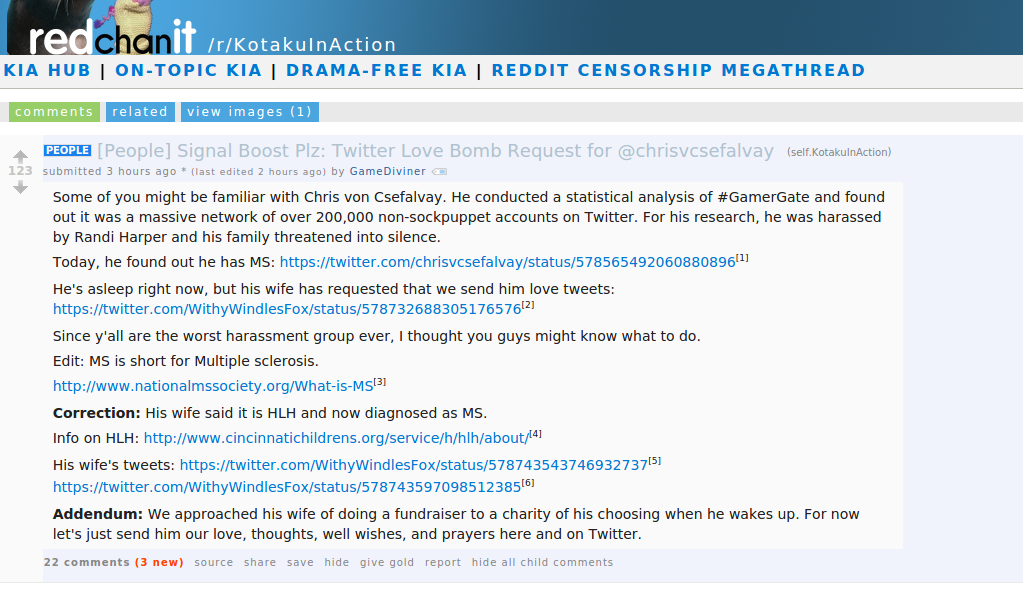 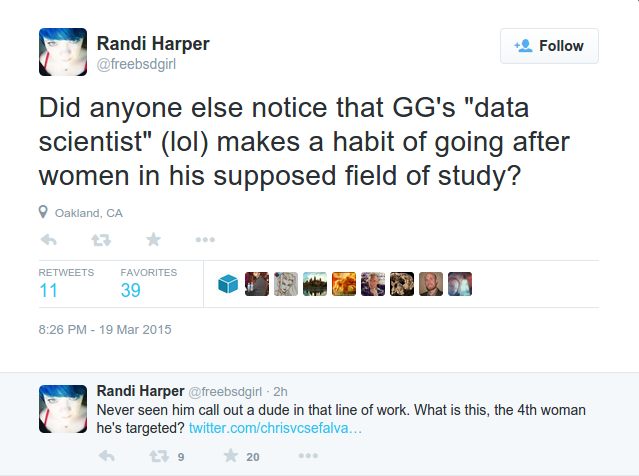 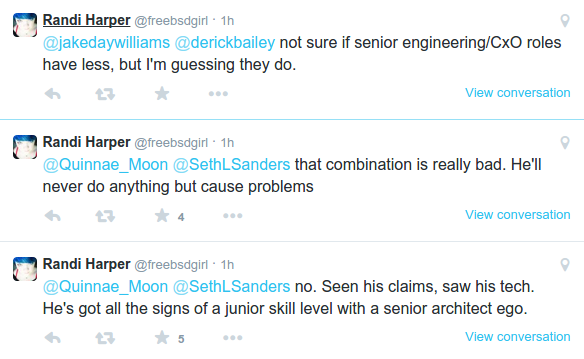 Well, Randi had to fit in some more harassment before bedtime, it looks like. Kudos, Harper, you just leveled up to Super Abuser. #GamerGate 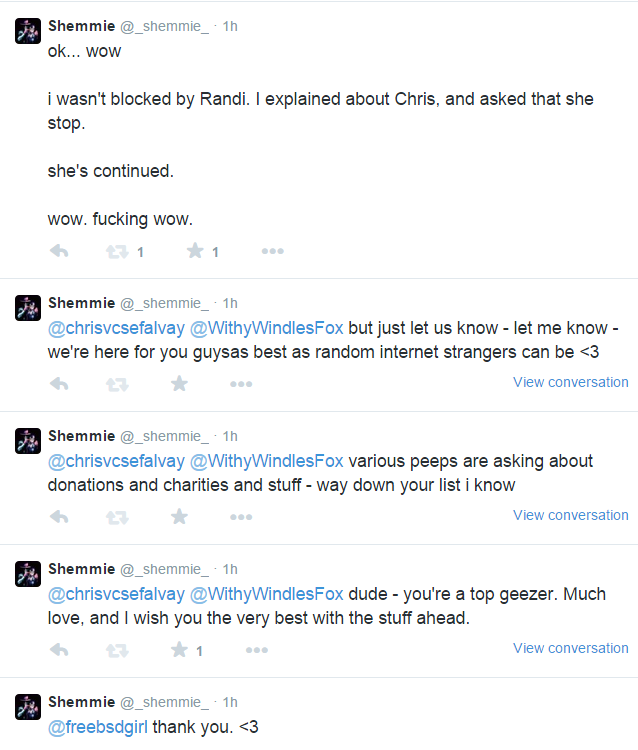