I passed out yesterday after the article, and then just watched a shitload of wrestling to unwind a bit. But the news didn’t stop. In fact, it seemed to pick up a lot. Chris Kluwe, a washed up ex-NFL’er, and Big Randi Harper, a lowlife scumbag, have taken to just making up shit about noted developer Mark Kern. They’ve somehow come up with an accusation that he is encouraging the harassment of Kluwe’s children.

I looked into this, and as usual, the anti’s are full of fucking shit. Someone mentioned that Kluwe’s antics on Twitter would haunt his children, because kids are gonna point out what an idiot their dad is. It was just a joke, although Kluwe is a pretty big dumbass, so some kid might not be able to resist. Still, that’s hardly “targeting his kids.” Get the fuck out of here with that bullshit. These SJWs will take anything and stretch it to the most amazing extremes. They truly have zero shame, and seem to be proud of it. 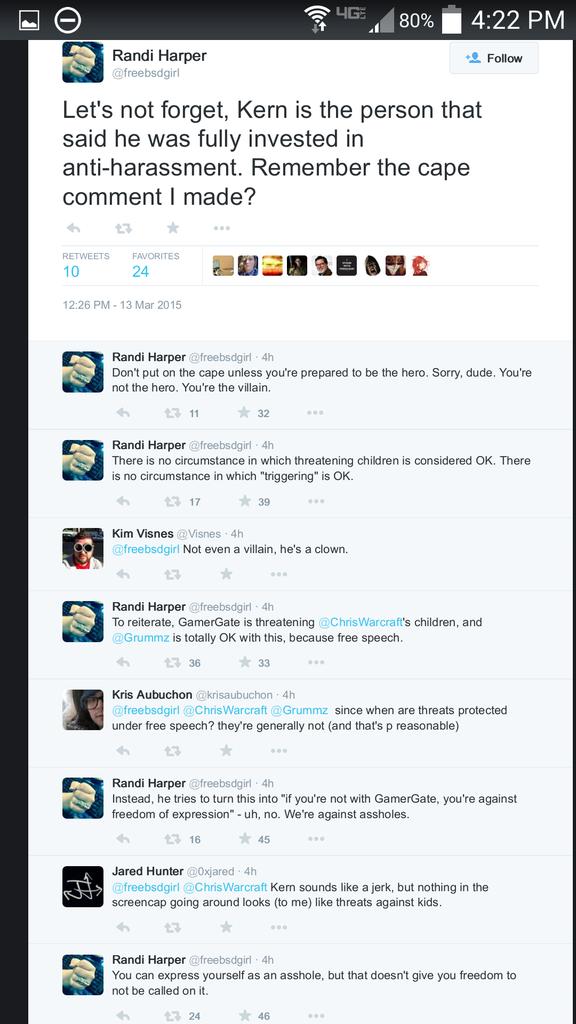 People have accused me of all sorts of shit, but this is so far beyond the pale, I don’t even know where to begin. Trying to say a guy who makes games for actual children to enjoy is trying to hurt them? They’re trying to ruin Kern’s career, and it’s disgusting. That wasn’t the only career they tried to ruin last night, but I’ll get to that later, in a separate post.

Like many of the people currently trying to tear me down, the SJWs believe that disagreeing with someone is a sufficient reason to completely destroy their life’s work. I didn’t go after Leigh Alexander because she’s a shithead…even though she is. I went after her because she’s corrupt, promoted her friends at the expense of others, called gamers dead, and gloated about ruining careers. In short, she’s earned everything she’s gotten these last seven months. I didn’t make anything up. She put it all out there herself. She’s a proud shithead. Making shit up is a whole different ballgame. I’ve never done that, and never will.

Randi Harper and Chris Kluwe sinking this low is hardly surprising, but I still feel bad for Mark. I hope he doesn’t lose too many more friends over this complete nonsense. Just when I think they can sink no lower, our opponents always do.