#SXSW Flips, Reinstates Both Panels for Harassment Summit, But SJWs Cry & Back Out

Good afternoon, ladies and gentlemen. I’m here to bring you info about the SXSW panels, before I get to the update on the Sargon stuff from early this morning. You know, I do talk about actual news around here sometimes, believe it or not. Anyway, let’s wrap this opening and get to the meat of the story. As always, the SJWs are proving how cowardly they really are. You would think they were debating convicted war criminals with the way they act. Are they that fucking scared of based Mercedes Carrera?

Don’t answer that. We already know that they are. Here’s the press release from SXSW before we get to the cry session… 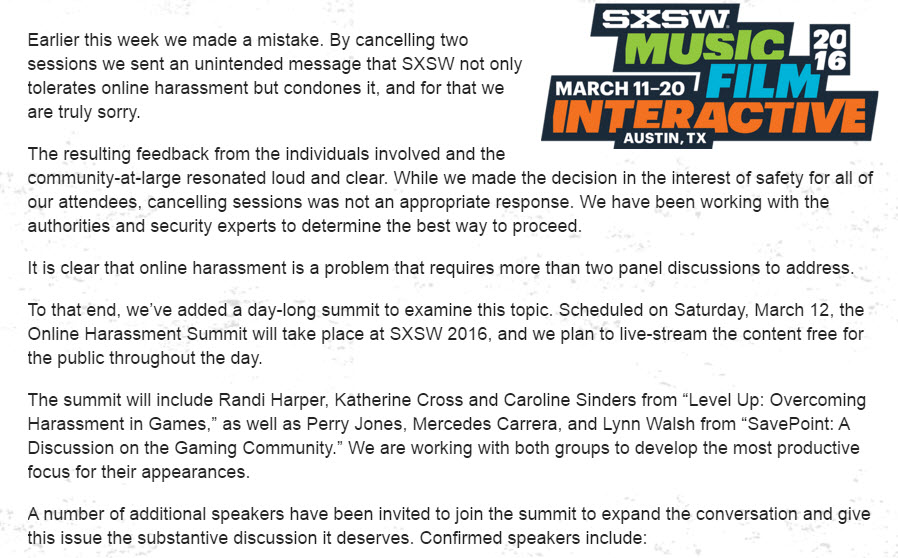 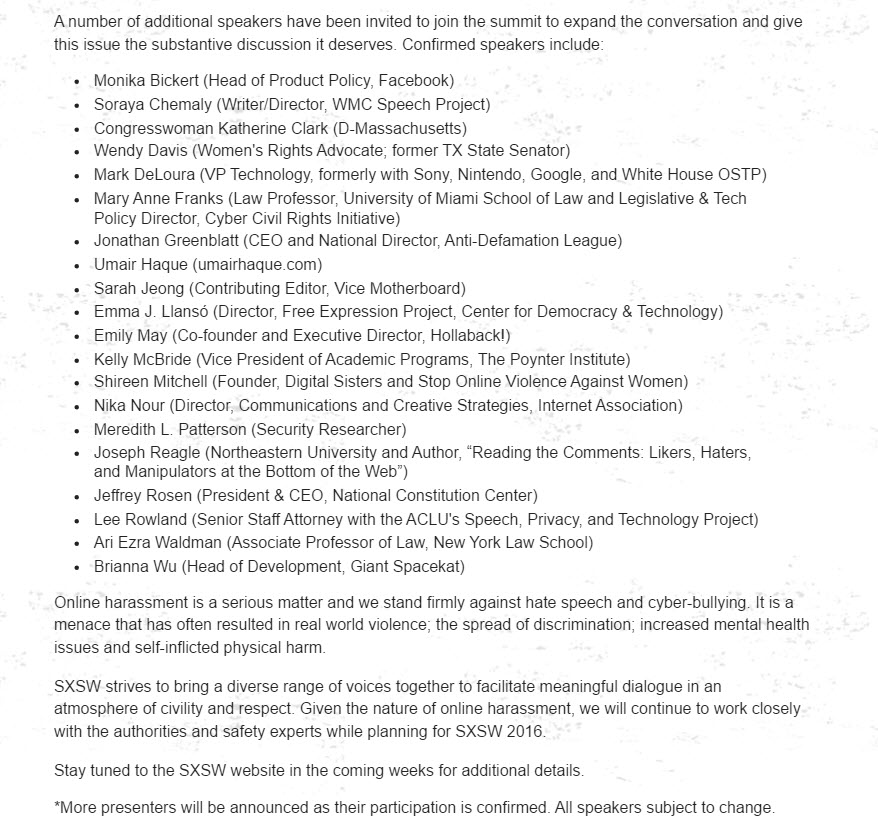 As you can see, the thing is supposed to be chock-full of SJWs and pussified media-types. In other words, this isn’t exactly hostile territory. That didn’t stop the usual suspects from coming out and having a hissy fit over the new state of affairs, though. Like someone just said in my chat, there’s about to be an all-day long panel on harassment with only GamerGate supporters showing up. You couldn’t make this shit up.

I'm not backing out. I'll be there with bells on. And my wicked witch shoes, but that's besides the point. https://t.co/fhzUAhgY9O

Then, Arthur Chu decided to back out as well. I actually tweeted about it and added a joke about his alleged bomb threat. Then I deleted it, cause I’m pretty sure someone will try to say I’m talking about bombing his greasy ass. That’s the state of play on Twitter right now, folks. If you’re not verified, you better be careful with your satire. 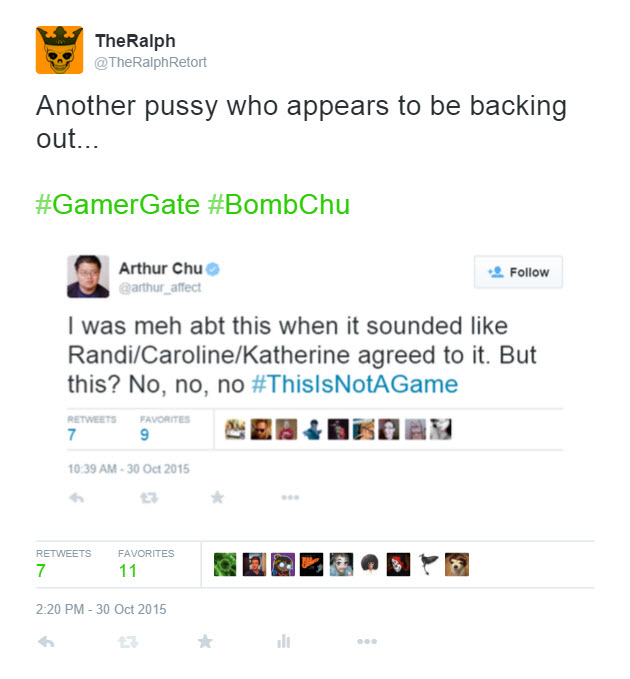 The overall point of this post is, SJWs are always cowardly. When given a chance to meet us on a (somewhat) fair playing field, they always fucking retreat. Think about it. We probably weren’t even going to get a chance to debate them anyway. I’m pretty sure they would have staggered the appearances so that there wasn’t a conflict like that. The authoritarians couldn’t even accept that. Honestly, SXSW was being somewhat reasonable to us here, even with the stacked guest list. That’s just too triggering for some.

SXSW wasn’t completely kosher, though. Here’s Allum Bokhari to explain it to you in more depth…

SXSW’s lineup also contains a glaring ommission: Nick Robalik, the 20-year veteran of the games industy and founder of PixelMetal studios. In the days prior to the announcement, critics of GamerGate had been claiming that Robalik was a “threat to safety” at the event, which may explain his absence from the summit. SXSW has yet to comment…

The decision to remove Robalik, based on unsubstantiated and undocumented claims of online harassment carry the whiff of a double standard. SXSW has not disinvited Randi Harper, a notorious social media troll whose track record of vicious online abuse and character assassination campaigns is well documented.

Mercedes Carrera, an adult film actress and free speech activist who was scheduled to speak on the cancelled panel alongside Robalik, told Breitbart she was “furious” at SXSW’s decision. “If they want to have a ‘harassment’ summit they may, but to exclude Nick Robalik from it for no clear reason shows that the intention is disingenuous.” Carrera also expressed her frustration at SXSW for pulling an “unrelated” panel into an event about harassment.

So, I’m a little bit more chill about it than Mercedes and the crew are, but I certainly understand their frustrations. Let me know what you think down below, and I’ll likely be back to update this post more later on today.

UPDATE: I’ll keep this part updated throughout the evening, beginning with #FullMcIntosh… 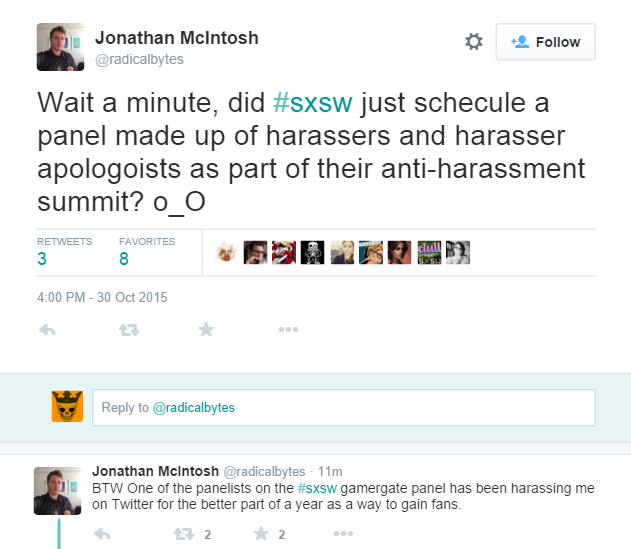