GAME INFORMER CHIEF TO WU: “You know nothing about what we do…you just make it up”

Today just got a whole lot better. We’ve called out Game Informer here on the site for pushing Anita Sarkeesian/#FullMcIntosh propaganda in the past. That’s obviously not cool. But what is cool, is when their editor-in-chief fucking destroys Brianna Wu. Yea, that just happened a little while ago. I’m still cracking up thinking about it. Of course Wu is a mentally deranged professional victim who just spent weeks chasing a figment of someone’s imagination (Commander Jace). So it’s not like this will snap her into decency, or something. But it’s great to see at least one journo waking up, nonetheless.

Before I get to the tweets from Game Informer’s Andy McNamara, (who as I mentioned, runs the show there), let me show you the original Wu comments: 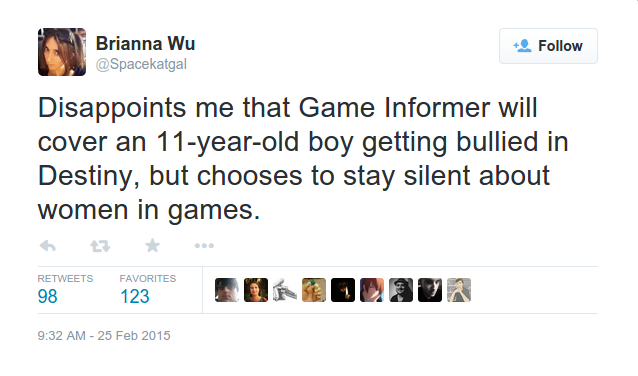 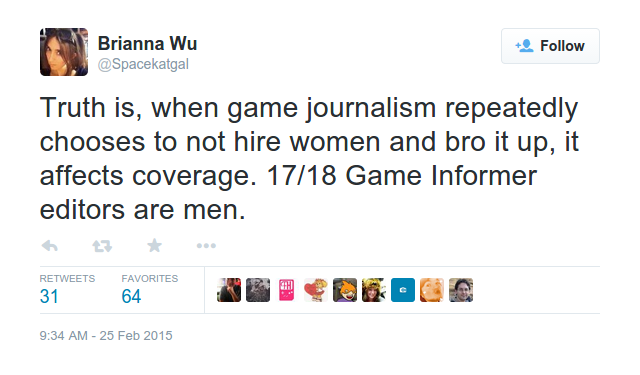 It’s like @Papapow was telling me on Twitter: Wu thinks every single harassment story has got to have her in it. That’s probably because she won’t be able to cash in without all the profiles about the “horrible abuse” she has suffered. It’s the Victim Bux cycle, and it’s tried and true.

But what does the Game Informer editor think about all this? Not every much, actually. He calls Wu the fuck out: 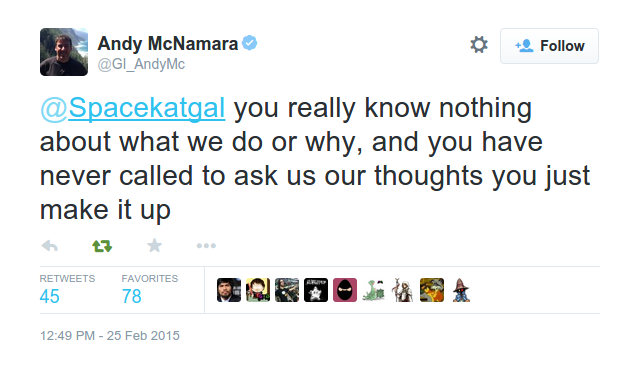 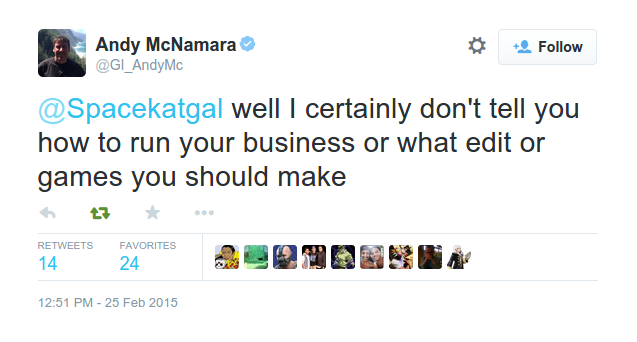 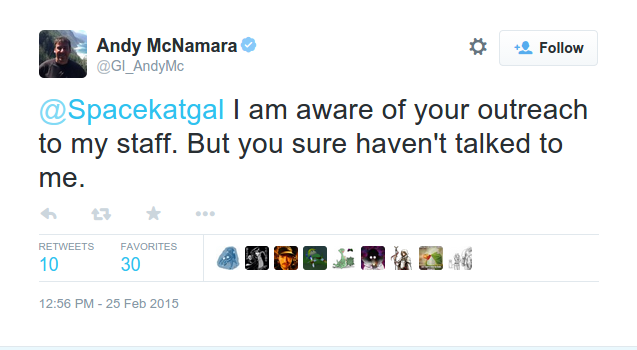 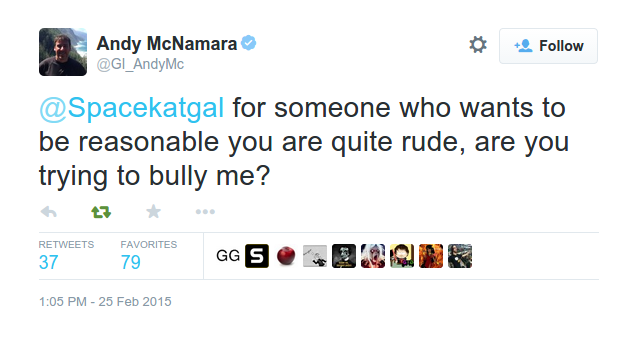 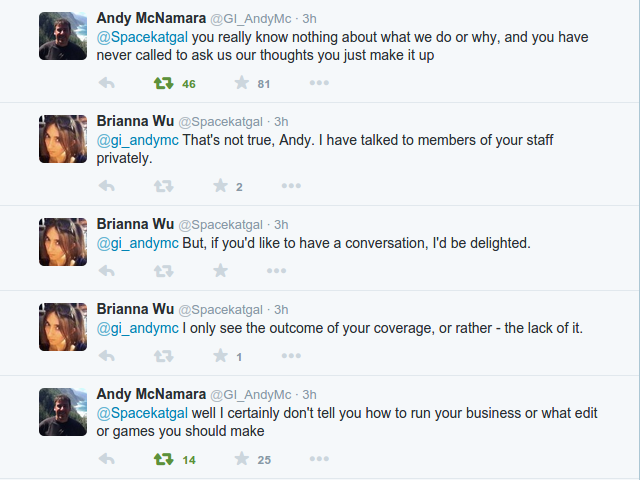 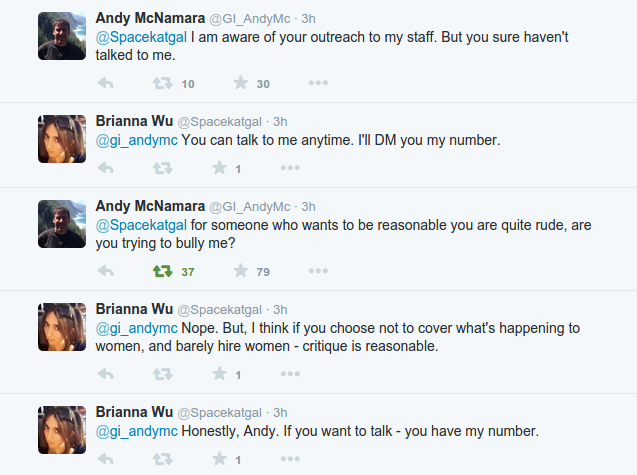 It’s like a breath of fresh air, isn’t it? We’ve been waiting for a long time for someone like McNamara to knock Wu around a little bit. Well, it finally happened. I guess you can only shit on a guy so much until he just has to respond. Andy looked like that one had been building up for awhile. This isn’t to say Game Informer is now some kind of pro-GamerGate bastion. It isn’t. But seeing something like this should give us all a boost.

Some people are finally waking up. Keep pushing.