NeoGAF is a Joke, and GamerGate Proved It

Last time most of you were here, we took a look at how, despite their claims, the corrupt gaming media establishment are actually the ones to blame for GamerGate. The time before that, we dug deep into Leigh Alexander’s history of offensiveness. While Ms. Alexander has problems practicing what she preaches, you at least get the sense that she really believes her rubbish on some level. You don’t get that sense with NeoGaf, and it’s founder, Tyler Malka. They exist simply to promote whatever bullshit their paymasters (or the media cabal threatening gaming) tell them to push. They don’t believe even half of the moral bromides they recite with such fervency. The “in crowd” is their moral compass. Journalists set the tone on the site, quashing out any controversial dissent. Meanwhile, the founder and his team of mods ban people on a whim, joking about it as they do so. But the real joke is NeoGaf itself.

I showed you a couple of Malka’s tweets last time, including one where he uses a slur against the female gender to insult a Twitter user. But let’s look into what he’s actually posted on NeoGaf. As you can see right off top, their recent defense of all things Leigh Alexander seems a little out of place when you consider some of Tyler’s past statements (courtesy of Gil Hamlin): 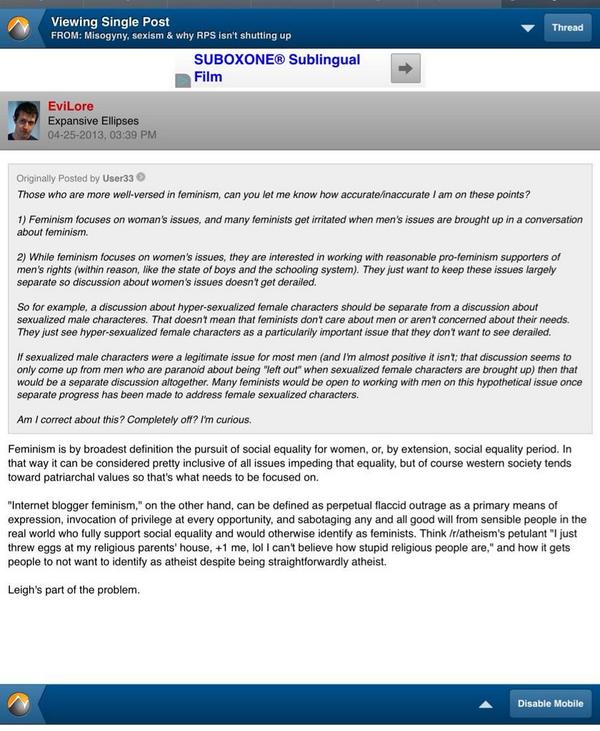 Also consider this post, which is actually pretty hilarious. It’s sad to say,  but I doubt you’ll be seeing the same sort of humor on NeoGaf anytime soon: 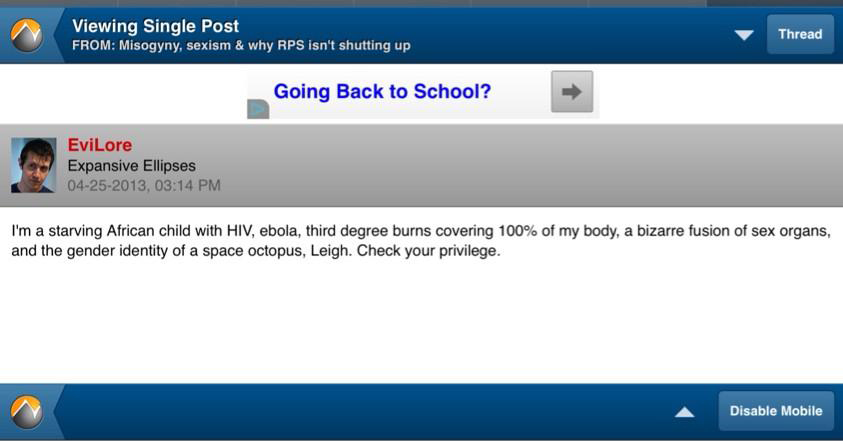 Don’t get me wrong, NeoGaf was never some treasure. They’re just reflectors of the conventional wisdom. Since it’s now in fashion to shit on gamers, they shit on gamers. When it was in fashion to make fun of Leigh Alexander, they made fun of her. They have no backbone, and exist simply to receive payola. The whole purpose of their endeavor seems to be trying to make Tyler Malka into some big-shot. If you pay attention to the news, they’e failed at that (No E3 badges for a message board admin. OH THE INDIGNITY!). But they’re still trying.

Not only do they actually hate Alexander, exposing their hypocrisy. They also hate gamers. Just look at the outright distortion in this tweet. 200 people? Tell that to my server after the 27,000+ hits on our Dear Leader pieces:

You see that? He’s laughing at us while tweeting out jokes to his industry buddies. Why can’t we be superstars of gaming like Tyler Malka? It takes a lot of hard work to start an Internet forum. It’s not like it’s so easy a caveman could do it. The Message Board Messiah is clearly irreplaceable.

Take a look at this image, provided to me by Twitter user NelidJones (I was on /v/ when this was posted. I just didn’t take a screenshot). In it, you can see that Malka and his paymasters despise independent thought. They hate the anonymous part of the Internet, going so far as to actually want to pass laws to shut it down. That’s how deeply their hatred goes. But it’s not only hate, it’s fear. They fear the GamerGate movement. It threatens all their cozy corporate partnerships and under-the-table dealings.  They fear it so much that they talk openly about the FBI somehow getting involved with GamerGate and shutting it down:

As you can already see, NeoGaf really is a joke, just like I said. But even most joke sites at least respect their members a little. That’s not a consideration Tyler Malka concerns himself with. Consider the screenshots below, and form your own opinions. Or, just Google “NeoGaf bans” for more egregious examples: 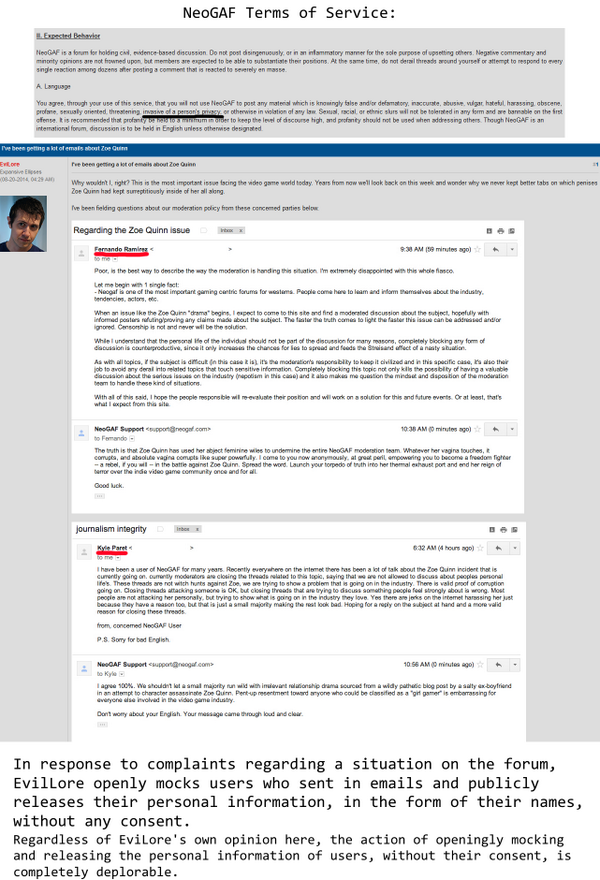 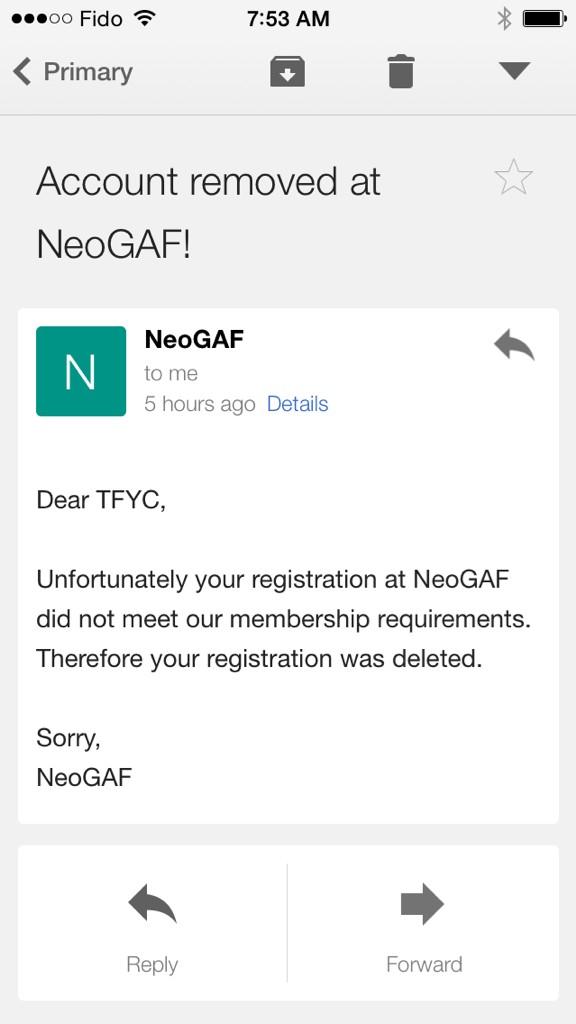 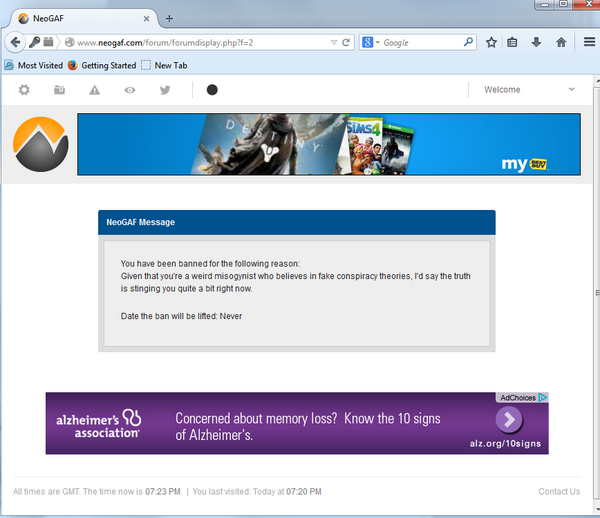 They’re not killing careers yet like Leigh, but Malka and his bunch have a lot to answer for. Take a look at the way they bullied bullied Boogie, the man who plays Francis, an angry nerd character on YouTube.  What was his offense? He dared to have the audacity to side with GamerGate. They spent days ganging up on the man, parsing his every word. Even when he repeatedly said that this discussion was adversely affecting his health, they refused to let up on the poor guy. It was painful to watch. (*Note that they continue to ridicule and harass him even now, and call him things like “delusional.”*)

But Boogie did one other thing that really angered them. When they combed through his tweets (which the other side laughably criticizes us here at TheRalphRetort for doing), they found that he had some nice things to say about feminist thinker Christina Sommers. This really set the NeoGaf lynch mob off. They beat him down into submission until he pretty much renounced his support of Sommers. Then, they showed their true colors:

This is the mentality of NeoGaf and the anti-GamerGate media. If you’re a woman and you disagree, they call you a gender traitor (by using racist imagery). Or, they simply act like you’re not real and make you feel like you don’t exist. They do the same thing to minorities. Money, power, and influence are the commodities that these people care about. Integrity, fair-mindedness, and dissent are the things they simply will not tolerate.

GamerGate has exposed many. Kotaku, Polygon, Gamasutra, and corrupt journos of varying degrees of importance and stature  all have been proven to be either complicit in corruption, or main players in the enterprise. Add NeoGaf to the list. But you might not want to do it publicly, because this crew has no problems blackballing someone.

UPDATE: If you enjoyed this piece, please feel free to retweet it and help spread the word.

Damn, I forgot to link it! Here's the pipebomb on the joke known as NeoGaf. http://t.co/hjuLMX3Ene #GamerGate

UPDATE 2: I meant to throw this in the piece, but the hyperlink was from 4chan and it didn’t work. I fixed all those. Here’s the main one I left out in the tweet below.