I’ve had the headline for this post written for 3 days, but things have come up that caused me to put it on the back-burner. I spent a good chunk of time on the Maile Hampton project I did, but I think it worked out well in the end, so I believe it was a good investment. I’m only going to grow on YouTube if I start actually doing regular videos over there. Also, it’s been hard to get back into the regular swing of things since I got back. I’m not sure what that’s called. Post-vacation blues, perhaps?

The best way to get back into the groove is to talk about people and subjects that make me, and you all, laugh. One of those people is Alison Rapp, who as you can see, is mentioned in the aforementioned headline. The last time we checked in with her, she was openly discussing doxing a photographer because he allegedly supported GamerGate. Since then, she’s setup a Patreon that reads more like a cam girl’s page than anything else. Personalized photographs? Why not just send out used panties as well, Alison? I guess it’s not needed, since you’re already pulling down close to $2,000 a month as it is.

We all knew that was coming, though. The only surprise is that it took her that long to start pimping it. Err, perhaps pimping isn’t the right word in this situation. I don’t think Rapp has a pimp, although she does seem to pimp out her own husband. Anyway, enough about the pimp game. The real reason this thing is so funny is that she’s using her newfound notoriety to go after Anita Sarkeesian. Could things get any better?

OK, we could find out that Anita had been pimping Jonathan McIntosh out all those years before he finally broke free from her iron grip. That would be pretty hilarious. But this will have to suffice until then. 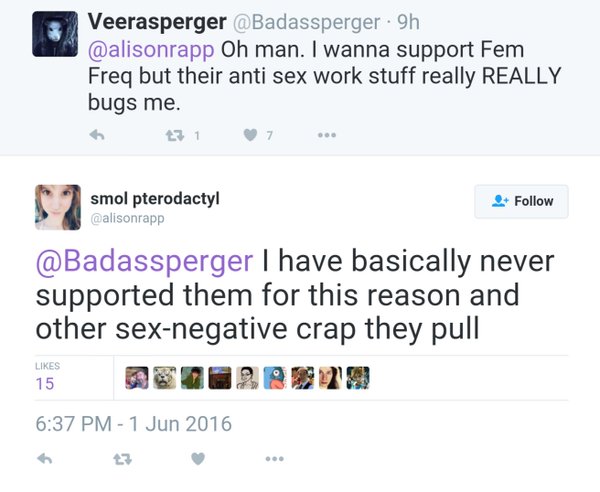 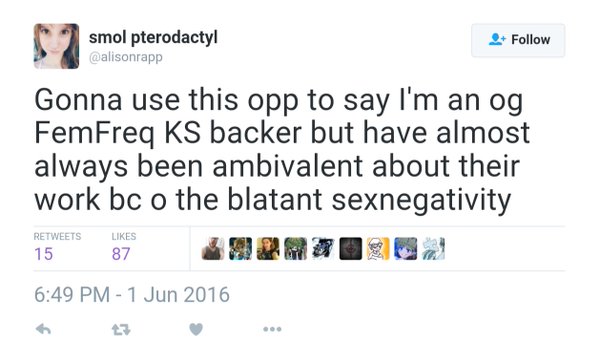 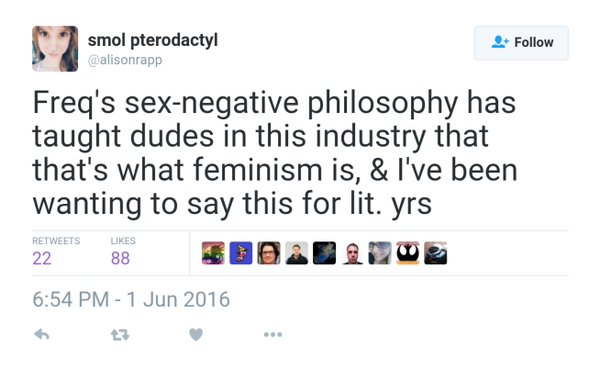 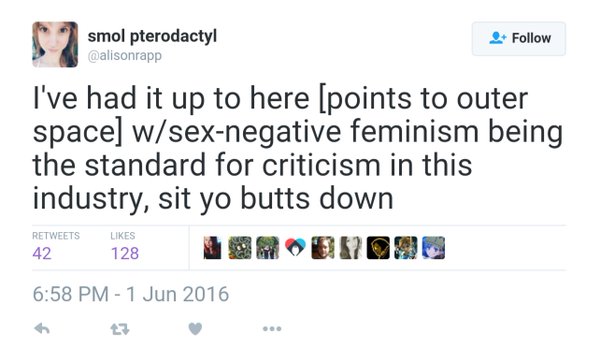 Well, when she’s right, she’s right. Keep beating up on Anita, Ms. Rapp. I can certainly get behind that initiative.