Just when you thought Anti-GamerGate couldn’t get any lower, they make you out to be a fool. Now, they’re targeting a minority developer and trying to have him bullied off Kickstarter through false reporting.  The man they’re trying to ruin, is well known to most of you. We’ve written about him here on this site many times. He’s a personal friend. I won’t hide that. I consider myself a muckraker and not a journalist, but I’m always open about my sponsorships, friendships, and conflicts of interest. If I can do it, why can’t the gaming press? But that’s another question for another day.Speaking of the gaming press, I doubt you’ll see them reporting on what  anti-GamerGate is up to. Although, given how low they’ve sunk recently, they might just join in. It really does make me sick. I was already going to donate to the project, but this spurred me to go ahead and commit today. And I’ll likely be adding to my contribution when I get my Windows partition setup. I’m really looking forward to seeing the look on these scumbag SJWs face when RogueStar meets his goal. Can you imagine how pissed they’re gonna be? It will be a Kodak moment for sure.

Here’s some of the bullshit they’re trying to pull, in case you missed it on the madhouse known as Twitter…

Even some anti’s know it’s wrong to try to kill a man’s livelihood. Maybe they also have respect for hard-working military vets as well, idk: 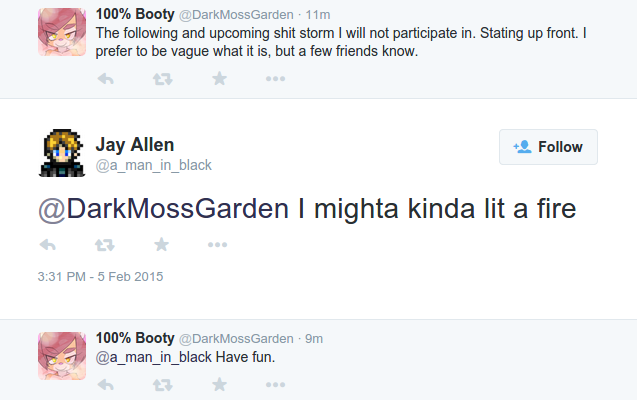 Of course the Big Blue Blockhead tub-o-goo Randi Harper had to stick her fat face into this. She gets off on this sort of nastiness: 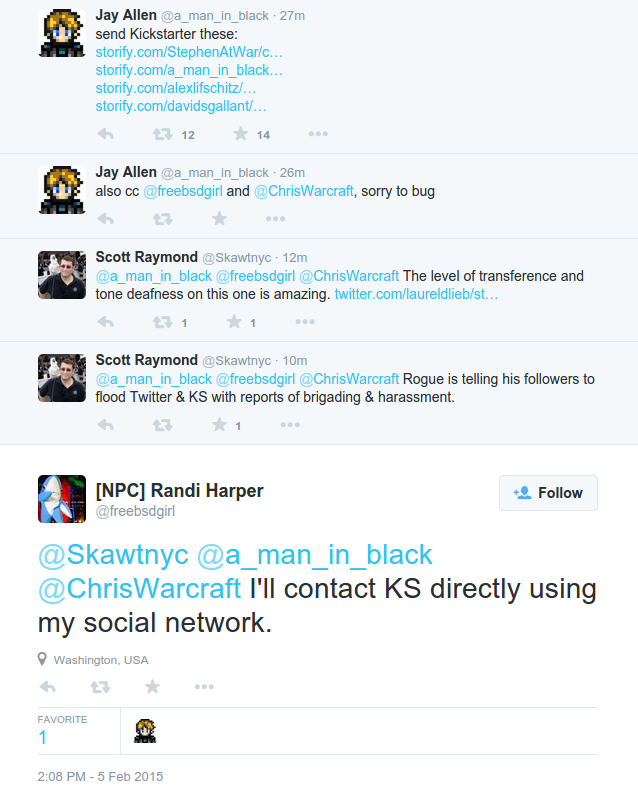 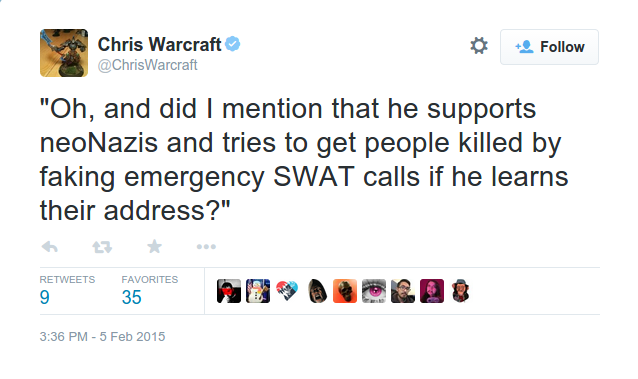 This was all started by legendary a legendary bitchboy who unbelievably stole Johnny Cash’s nickname. I’m not sure if he is the proverbial Boy Named Sue, but I do know that he is the saltiest piece of shit I’ve had the pleasure of encountering these past six months. He spends his entire life trolling prominent GamerGate members, and misrepresenting them in the media. He thinks he’s a big deal ever since Boing Boing paid him $20 and a half ham sandwich to write shitpieces on GamerGate. But he’s still a loser who gets blown the fuck out on the regular. Not only that, he’s also frequently caught in embarrassing lies. He’s a flaming garbage pile in so many ways, really:

Here’s one of his big buddies spreading filthy lies. The pussy has his/her Twitter locked down now, but the screen is archived:

I reached out to RogueStar earlier this evening. Here’s what he had to say about this unprecedented aggression by anti-GamerGate SJWs. I’ll leave you with his comments, and the links to his projects. I encourage you to support them if you’re at all interested.

“So lets consider: they’ve raided me off The Escapist and spammed reports on my Twitter TWELVE times. They can’t do shit to my Steam Greenlight. So they hit me where they can mob me: a report button on Kickstarter. I’m a minority gamedev, with a very small budget. If it isn’t obvious that these people are racist hypocrites, targeting and smearing smaller gamedevs OUT of the industry, I don’t know what is. There IS an online hate-mob out there; and its the anti-gamers and anti-#GamerGate.”