While I was away, Arkham Knight came out. I just picked it up on PC for $36, despite the fact that some issues have been reported with that release. I took a chance that it will be cleaned up with patches, because that’s a pretty good price. It’s over at Green Man Gaming, and I get no pay off that link if you follow. I just figured I would share that deal. You have to enter the code listed on the front page to get the lower price. I know that some are gonna shit on me for buying even though Rocksteady looks like they fucked up here, but I don’t care. I’m trying to save money. If worst come to worst, I’ll get a refund somehow.

Now, let’s move on to the agenda. It looks like the Internet’s Harasser-in-Chief is back at it again. She got into it with a fellow member of The FreeBSD Project last night. As usual, she threatened to ruin the man within their community, as well as brand him a harasser publicly. They had a private IRC conversation where he was civil and polite, and she was her usual unhinged self. This is not a good look for someone who is supposedly going to end online harassment. But, as we’ve talked about MANY TIMES before, this is just what Hefty Harper is. She’s a bully.

Here she is proving that once again: 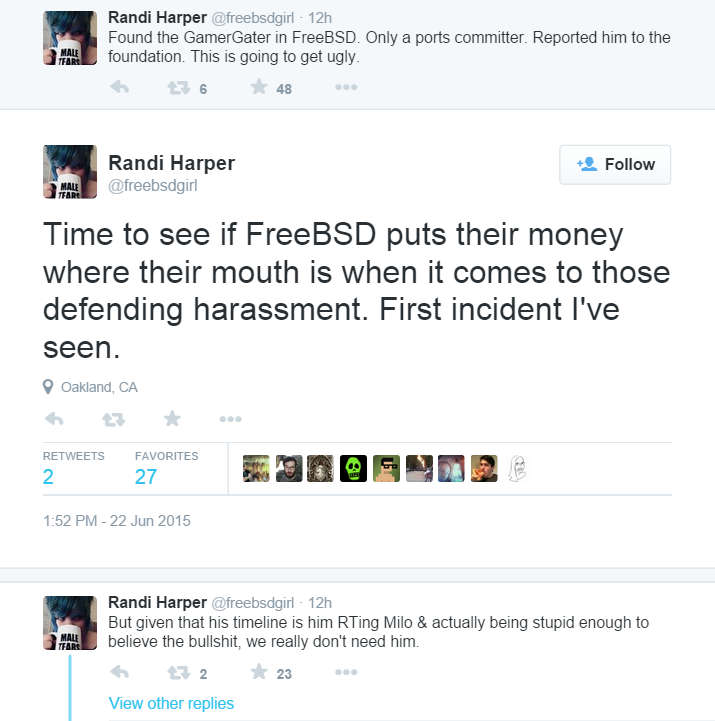 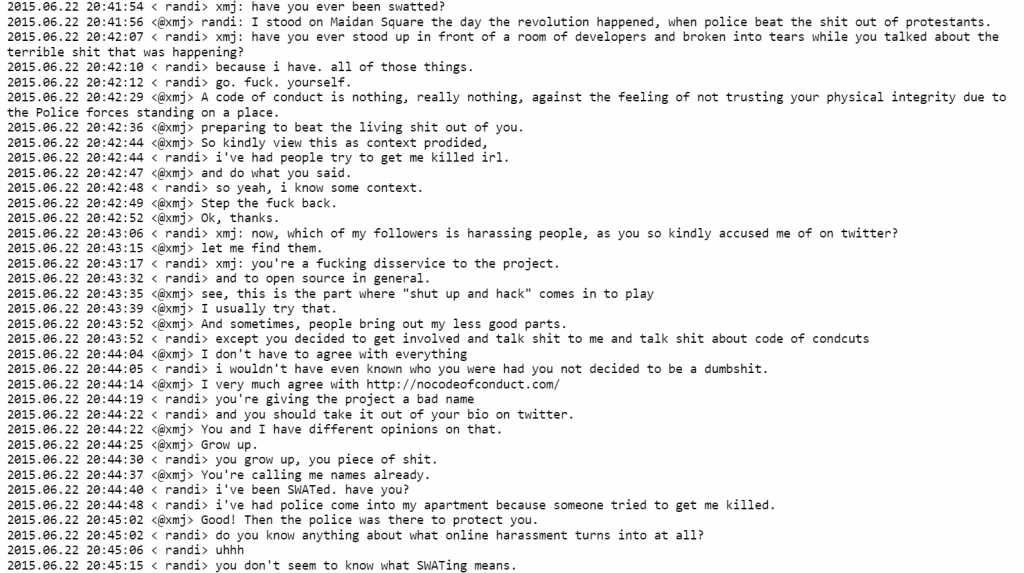 Johannes Meixner, the guy she was harassing, gave a response on Facebook to some of this. Keep in mind, all this started because he dared to voice an opinion that’s different than Randi’s. So she sets out to destroy him as a result:

And all this even made it over to Hacker News: 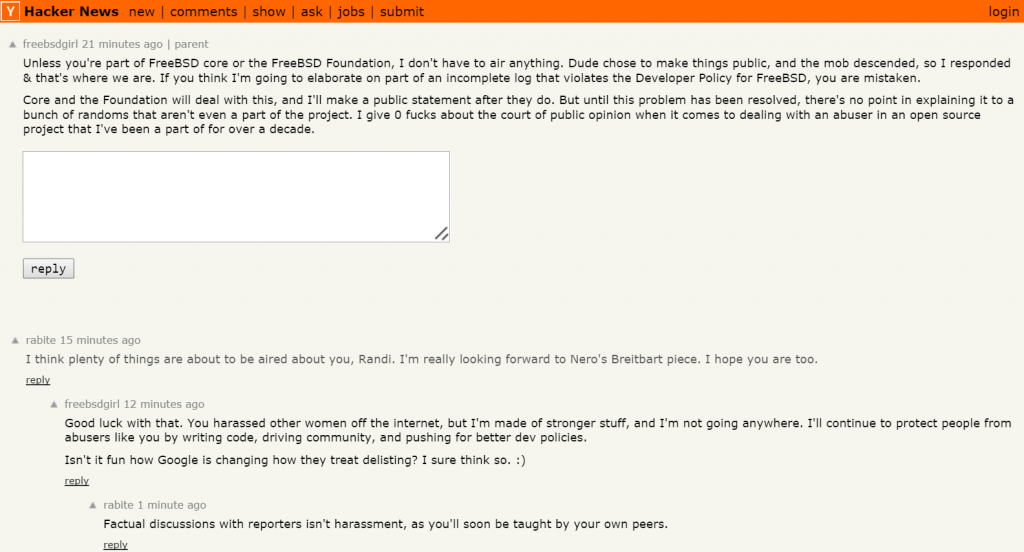 It seems like Milo is coming soon, Randi. I can’t wait until all your dirty laundry is out there for the world to see. We’ve seen a lot of it already, and it’s not pretty. One can only imagine what’s really hiding in your sick closet.Until then, I’m sure you can bide your time with some more bullying and smearing, since that’s your main pastime. I’ll keep chronicling it here for posterity. 😉