BURNED OUT: Leigh Begs Media to Stop Talking About GamerGate

Yesterday, Leigh Alexander came out and said that the media should stop talking about GamerGate. She got really worked up about it, too. She seemed to be frustrated that almost a year later, the group that smashed her career and exposed her abhorrent behavior is still going strong. The media can’t resist talking about us because the name is established and the lies they want to tell are important to them. Using GamerGate as some boogeyman is a way to get to their ultimate agenda, which is the elimination of anonymous posting online, speech codes, all that good shit.

Here it is straight from Liquored Up Leigh’s keyboard: 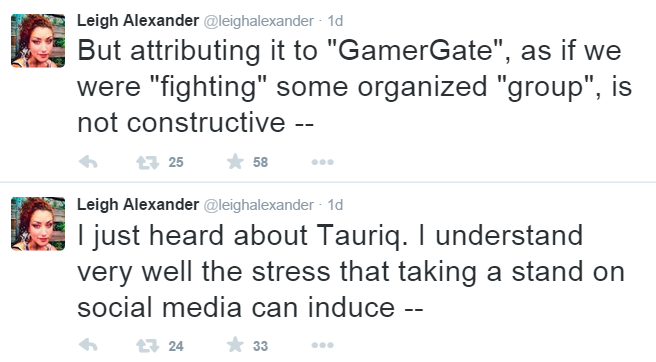 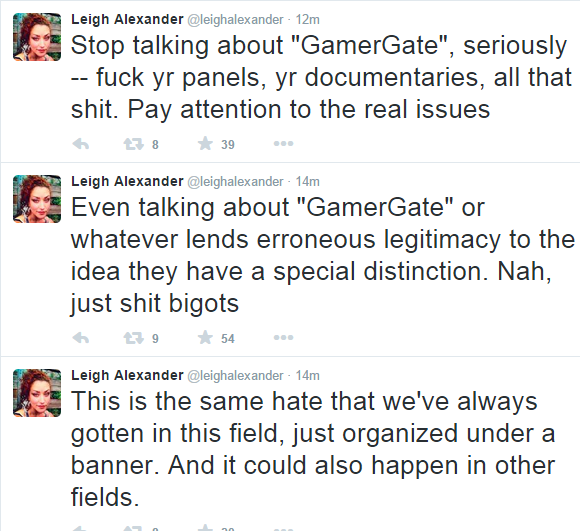 I gotta admit, I understand her motivation. We showed the world what an abusive bully she was. Her recklessness is well documented. Former colleagues have spoken against her. Old friends have testified about her, and it wasn’t sunshine and rainbows. Stories about her notorious boozing sprees are now the stuff of legend. All this happened because of GamerGate. Would you want people to keep talking about us if you were Leigh Alexander? Maybe she figures everyone will forget what a piece of shit she is if the volume dies down. I’m pretty sure she’s wrong, and that she’s fucked regardless. Still, it’s not a bad thought if you’re her.

She might also be pissed that she hasn’t figured out a proper way to leverage cash out of this situation. I don’t see a fat Patreon or solid fundraising schemes. In fact, I would say that Leigh has almost assuredly lost money since this all started. Look at how she was begging recently. Selling your book is one thing, but she was really putting it out there in an almost pathetic way: 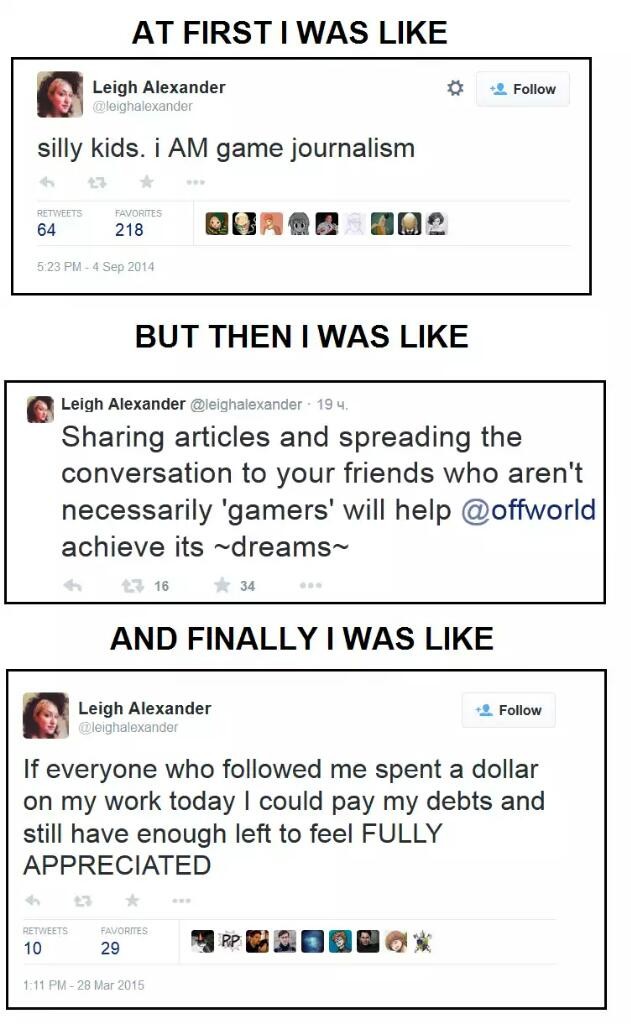 Poor Leigh. My how far The Megaphone has fallen. Keep begging, you lush. In all likelihood, GameGate will outlast your flameout of a career. You’ll be in a drunken stupor somewhere mumbling about how you “used to be games journalism” until someone peels you off the pavement. Your friends need us for clicks and so they’ll have a ready-made monster to invoke. You can tell them to stop talking about us all you want, but it’s not going to happen. Just pour another round. Everything will be alright.