Why I Do What I Do

The other day, Ian Miles Cheong apologized for his role in demonizing all gamers. I appreciated that dramatic turnaround. It’s not like we’re gonna be buddies or anything, but hearing contrition from one of the main demonizers on the other side was nice. I applaud him for his words, even though I’ve written so many negative things about him over the past nine months.

This has led to some people asking me about my tactics here. “Why are you so harsh on every single negative aspect of our opponents?” “Why do you fat shame, Ralph?” “Why talk about trans issues?” “Why do you attack them personally?”

Someone on Twitter said the other day that GamerGate/The Quinnspiracy  was a mere curiosity to them, until Leigh Alexander and her cohorts let lose with all their gamer hate. I feel the exact same way. I had been following things since around August 19th, 2014. But I didn’t get motivated to really join the movement until after I read Alexander’s column. Even then, I was trying to give her the benefit of the doubt. But the more I heard and read from the other side, the more I was convinced that these people really did hate their audience. They felt like they were better than us, and it showed. 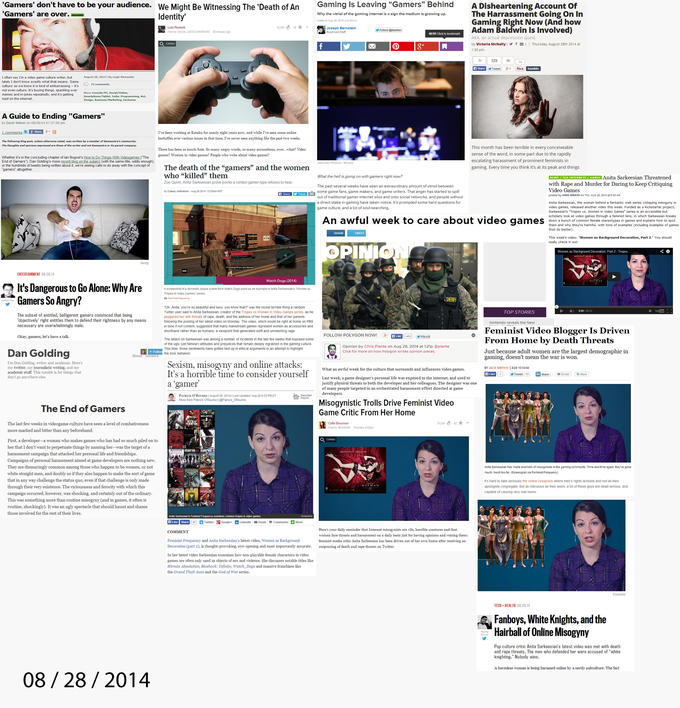 So, I eventually decided to throw as many bombs as I could at the despicable bastards. Highlighting their hypocrisy was always a key goal. It wasn’t the only one, though. It was about hitting back at them just like they hit us. They wanted to throw around slurs against our hobby and character? Then they needed to get stomped even harder than us. They tried to overwhelm us with their mouthpiece media. We had to (and still do) fight with every tool available.

Your enemy hits you? Hit them back twice as hard. Make them think twice about fucking with loyal gamers. That’s always been the motto here. I don’t have anything against fat people (obviously), or transgendered individuals. I know plenty of both, and count some among my friends. It’s not about that. It’s about lampooning the other side, just as they did to us. Turnabout is fair play.

Did I really believe that Cheong was still a Nazi? No, not really. But he had said those things about loving Hitler in the past, and then he tried to blame it on us. Making fun of him by calling him Little Hitler was appropriate, in my opinion. I know they would have done nothing less to me. Like I said, I’m glad he saw the light. Still, I don’t feel a particular need to apologize for going after him, because it was a response to what he said, did, and who he supported…

If you look through the record here, you will find that I haven’t went after anyone who wasn’t hostile to us first. They made their bed when they trashed a whole subset of consumers, and made us out to be less than human. They’re still doing it, too. So do I feel bad about knocking the fuck out of scum like that? No, of course not. They earned every bit of it.

That’s not to say someone can’t turn it around. It’s not about recanting your past views, either. But these people should apologize to gamers, just like Ian Miles Cheong did. Until they do, they will be blasted here in these pages in every way possible. They will never be nastier or hit harder than me and others like me. The poked this bear, and now they have to deal with the consequences.

I have no regrets about what I’ve written, and I would do it all over again.